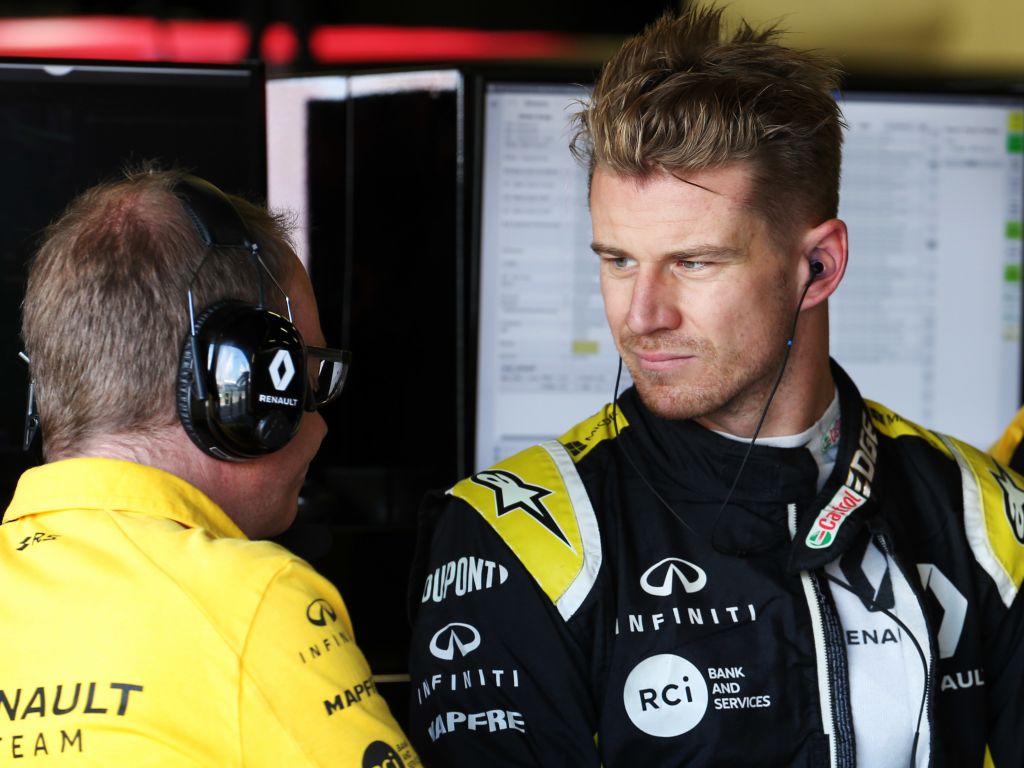 Renault will use a set-up at the British GP which they haven’t run before as they look to solve the mystery of their poor form in Austria.

Nico Hulkenberg and team-mate Daniel Ricciardo will run different set-ups in Friday practice as they look to confirm their suspicions on why neither driver could make the points at the Austrian Grand Prix.

There are no new updates which have been brought for the R.S.19, instead the team’s focus is on “trying to exploit more of the set-up envelope in the car”.

“No updates,” said Hulkenberg when asked by Motorsport.com. “But we’re trying different stuff with the set-up, how we run the car compared to previous weeks, a different starting point, but also different across the cars, to cover a lot of bases.

“We’re trying to exploit more of the set-up envelope in the car. We’re going to something that we haven’t run basically so far this year. No new bits, just the set-up is different.”

Hulkenberg does believe though that their showing in Austria was a blip and not a sign of consistent struggles to come.

“I think Austria was a bit more extreme than just being at the back of the midfield,” said the German.

“We had some issues and problems there we’ve never really faced this season before, so that was a bit exceptional and a bit out of the ordinary.

“A little bit somewhat also still unexplained. It’s a little bit of a funny feeling there, because every year that I’ve been with Renault there is something with our car and that track doesn’t fit well, and doesn’t work. I’m quite hopeful that it was a bit track related and things are a bit back to normality here.”

Hulkenberg didn’t agree with the suggestion that each circuit is a re-set.

“It shouldn’t be, and normally not what I felt up to that point this year. OK, there’s a little some swing, and there’s some track specific competitiveness, but Austria was a bit extreme.”