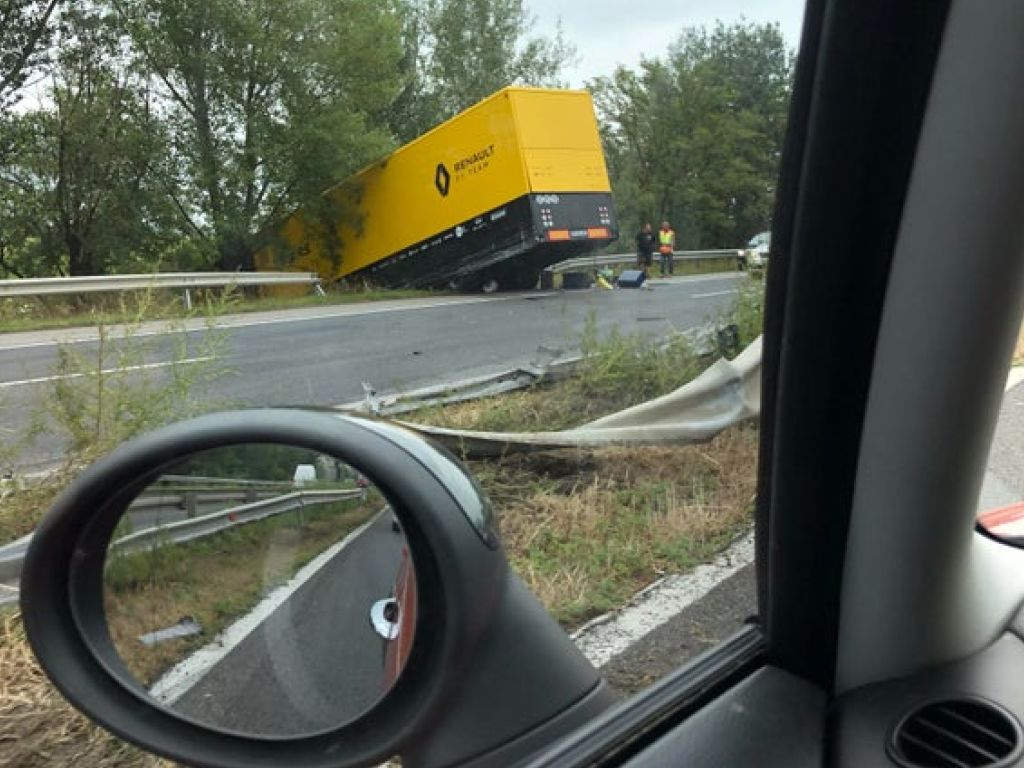 Renault have confirmed that their preparations for the Hungarian Grand Prix have not been affected after one of their transportation trucks crashed.

The truck carrying equipment from the Hockenheimring to the Hungaroring was involved in a crash on Monday on the M1 motorway close to the city of Gyor.

The driver was taken to hospital but his injuries were not serious – he has since been discharged and returned home.

It’s believed that the truck hit the central reservation before going off the motorway and into trees at the side.

Renault have confirmed though that the goods in the truck weren’t damaged and their preparations for the Hungarian GP are going to plan.

“The driver of the team truck involved in an accident in Hungary on Monday continues to make good progress & has returned home,” said Renault.

“The goods transported were not damaged and our preparations for the Hungarian GP have not been affected. We look forward to getting the weekend underway.”