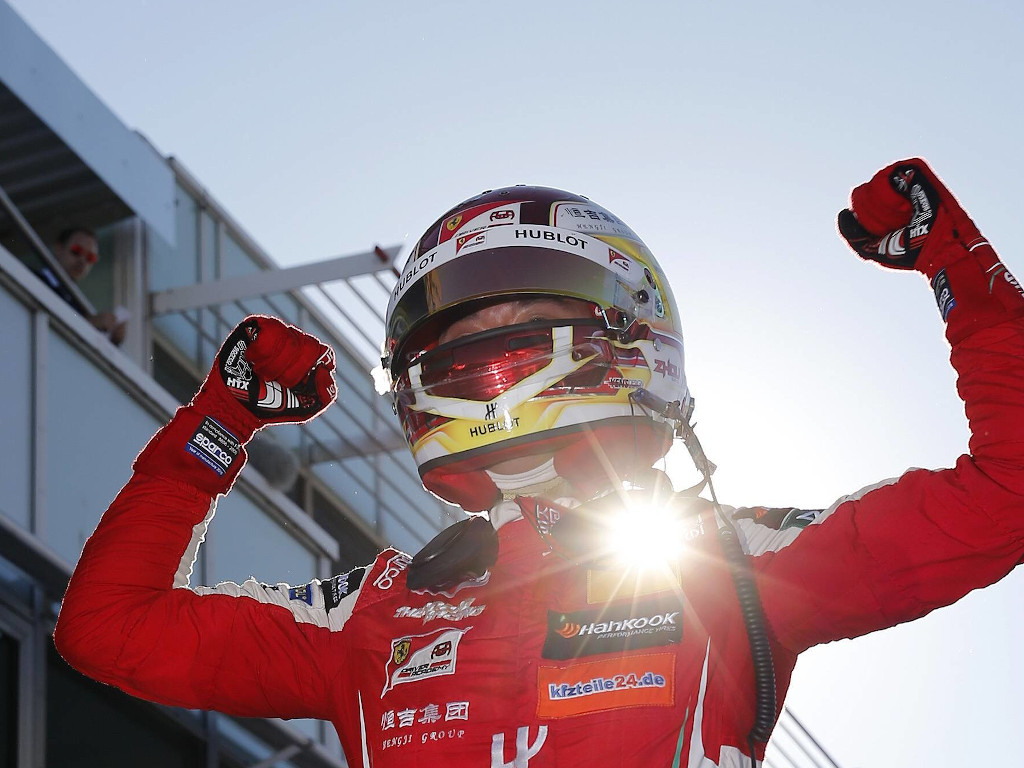 Renault has claimed the first race win of this season, sort of, with China’s Guanyu Zhou taking the chequered flag at F1’s Virtual Bahrain GP.

With no on-track racing taking place at the moment, and nothing scheduled until at least June, Formula 1 decided to take to the virtual world for its racing kicks.

The opening Esports race of this season, the Virtual Bahrain GP, saw all 10 Formula 1 teams take to the grid with two car line ups.

However, rather than feature the regular 2020 Formula 1 drivers, the grid was made up of a few stars from other sports including Olympic cyclist Sir Chris Hoy and golfer Ian Poulter while singer Liam Payne also joined the line up.

The only 2020 F1 drivers on Sunday night’s grid were Lando Norris for McLaren and Williams’ Nicholas Latifi.

That, though, was deemed an illegal move as he cut Turn 1 on lap one to jump from P16 to first place.

Mayhem at the start… but @johnnyherbertf1 LEADS the Bahrain #VirtualGP!

He was handed a penalty with Eng back up into P1.

In the midst of the chaos and carnage, Eng was passed by Renault test driver Guanyu Zhou for the lead midway through the race.

Guanyu Zhou held on for the victory ahead of Stoffel Vandoorne and Eng.

Norris, pretty much repeating McLaren’s woes from the past few years, found himself in trouble in qualifying as his sim suffered a technical glitch leaving him 19th on the grid.

He raced his way to fifth, losing out to Racing Point’s Jimmy Broadbent in a dramatic final-corner collision.