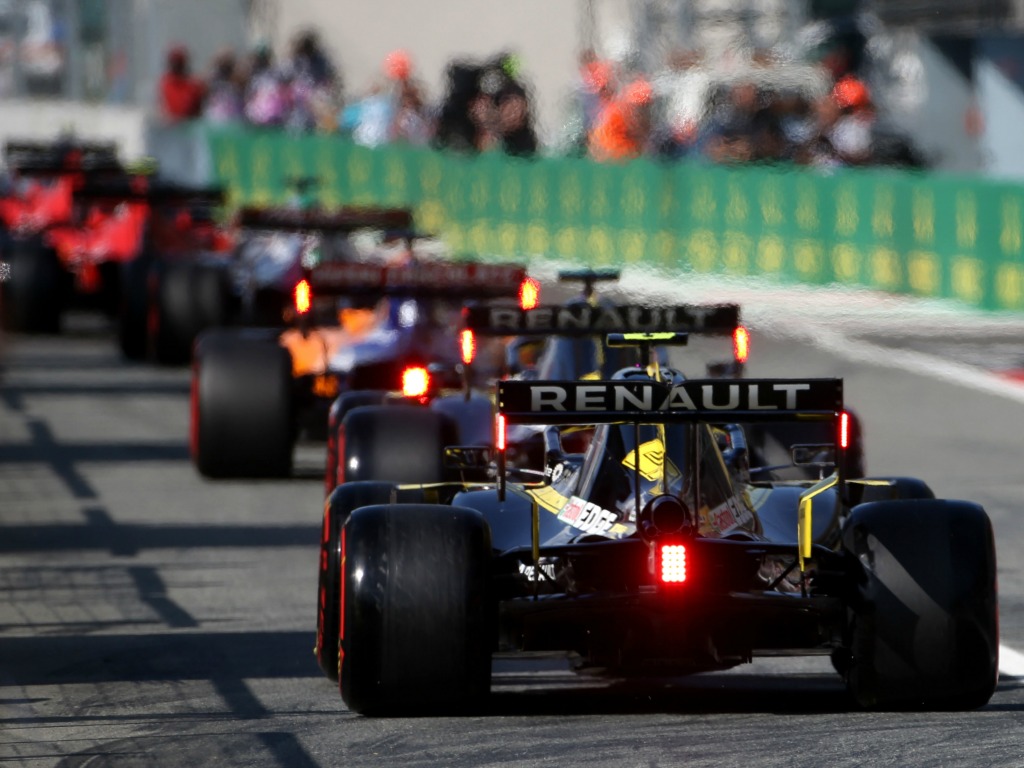 Lance Stroll, Nico Hulkenberg and Carlos Sainz have all been reprimanded by the stewards after the Q3 debacle at Monza.

The tow as we know is very important around Monza, but in Q3 it was taken to a whole new level as drivers prepared for their final flying laps in Q3 by faking lock-ups, purposely going off the track and forcing rivals to slow down among other daft schemes to gain optimal track position.

Sainz and Charles Leclerc were the only two drivers to make it over the line in time to complete their final flying laps – the session was down to nine drivers at that point following Kimi Raikkonen’s crash at the Parabolica, for which he will receive a five-place grid penalty after a new gearbox was fitted to his Alfa Romeo for the race.

Nico Hulkenberg was summoned by the stewards after leaving the track at Turns 1 and 2, but was later cleared.

However, the German was then placed under investigation again for driving too slowly during the final qualifying session along with Sainz and Stroll.

The trio admitted to driving “unnecessarily slowly”, while the stewards ruled that all three “played a significant role in the banking up of cars at a critical stage of the final out lap for Q3”.

The stewards also cleared Sebastian Vettel after they failed to prove that he had disobeyed track limits at the Parabolica during his only flying lap in Q3.