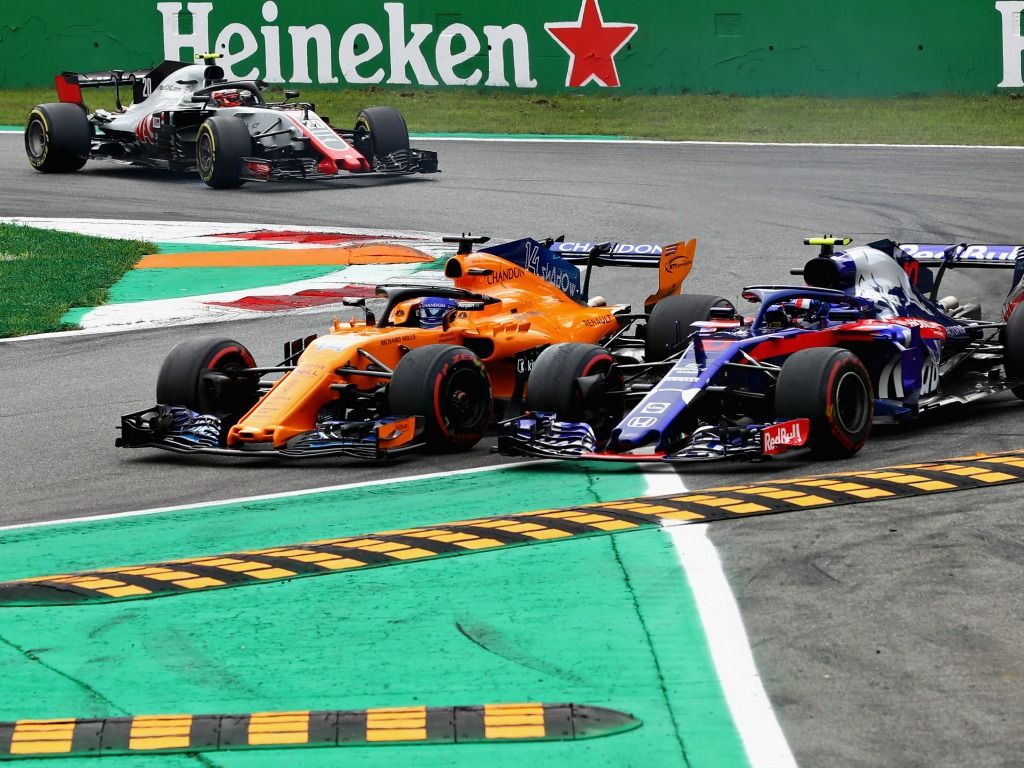 Prior to the Italian Grand Prix on Sunday, Alonso had already been in one big spat with Haas’ Kevin Magnussen when the pair ruined each other’s laps in Q2.

Magnussen said he “could not wait” for Alonso to retire and Gasly thinks Alonso’s decision to quit the sport is having a big effect on his racing.

The Red Bull-bound Frenchman started the race in P9, but an early collision with Alonso left him desperate down on downforce and coming home in a rather low-key P15.

Alonso, meanwhile, retired in the early stages because of an electrical issue.

“Basically we came up after the Safety Car into turn one side by side and I went on the outside and he pushed me completely out of the track,” said Gasly.

“I tried to stay on track as much as I could but he just didn’t leave me the space so I had to jump over the kerb and then he also touched me and completely damaged all the right side of my floor.

“From there on, I think it was lap eight or something my car was completely broken and I was sliding everywhere.

He added: “I think for sure his outlook is a bit different because he knows he’s not going to be in Formula One anymore next year so it looks like he is even more aggressive than he used to be.”

“For me what he did was unfair and we know that if you are alongside you need to give the space of one car and today he didn’t. I know he doesn’t like us because we have the Honda engine but nevertheless.

“I think it’s not something to talk together but I’m not the kind of guy to make a big story out of things. If I have something to say I’ll tell him face-to-face.”