Home News ‘Hamilton constantly looks for support from others’ 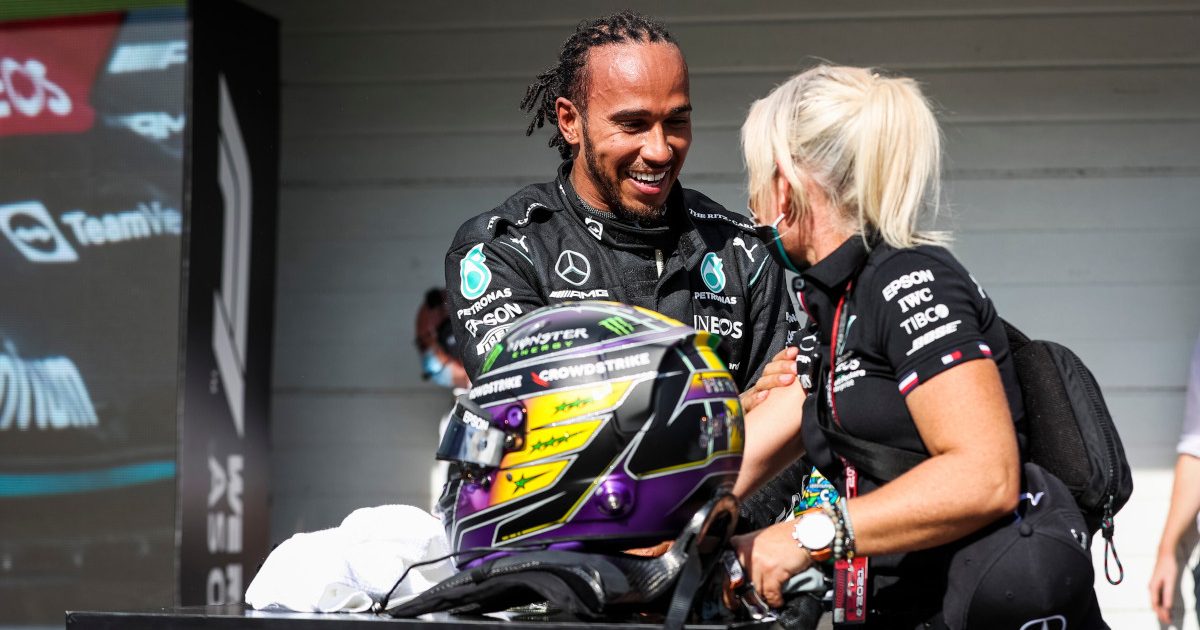 Lewis Hamilton is a driver who “constantly” needs support from others while Max Verstappen doesn’t need “anyone around him”.

That’s the opinion of Dr. Riccardo Ceccarelli, the founder of Formula Medicine, a sports medicine centre based in Viareggio that specialise in mental and athletic preparation.

This year’s championship is one of the more thrilling that Formula 1 has seen in recent years.

Verstappen, searching for a first-ever title, is up against Hamilton, a driver looking to break the record for the most Drivers’ Championship titles.

The two are separated by eight points in Verstappen’s favour with 52 still in play. It could go either way, and it could be decided on the final lap in Abu Dhabi.

Part of what is making the title race so enthralling is that there are two very different drivers up against one another.

But while it is easy to pinpoint the difference in their racing styles, and also lifestyles, Ceccarelli has highlighted another big contrast between the two.

“In my opinion mentally Max is little bit stronger than Lewis,” he told the F1 Nation podcast. “Max is the kind of character who is only focused on himself. He has huge self-confidence.

“Lewis is just looking for external support. He’s that kind of person. You can see by the team radio how much he talks. He is looking for security, asking what the strategy is. Max never does this.

“Or he [Lewis] is trying to have the support of the people, the fans. We saw with the Brazilian flag, And he has a physio who is always with him. Nobody knows who the physio is for Max.

“Lewis is the one that needs to create a familiar environment that will protect him. Max is the type of driver who doesn’t need anyone around him. He needs himself.”

The Italian also explained that out of the two, he reckons it is Hamilton who is under more pressure to win this year’s World title.

“They are two different people, so we have to respect how they are,” he said.

“Lewis has an advantage in that he has won already seven World Championships. But at the same time he hasn’t often faced such tough competition.

“On the other side Max is willing to win because it will be his first championship. But probably, I’m going against what most people think, he has less pressure because he is young and has more opportunities in the future.

“So in my opinion the pressure is less on Max, it is more Lewis who has everything to lose.”

With just two races remaining this season, Ceccarelli believes it is now mental strength more than physical that will win the title.

But that’s not just from the drivers’ side.

“I would say, not to be too dramatic, but it is 99 percent mental and 1 percent physical,” he said.

“They are physically so fit, they don’t need anything extra, now it just to manage the psychological pressure but I would like to add that it is not only Max and Lewis, it is also the team.

“We have seen that the team can also be a key point for a result in negative or positive terms. So it is important that the team works, not only the drivers.”