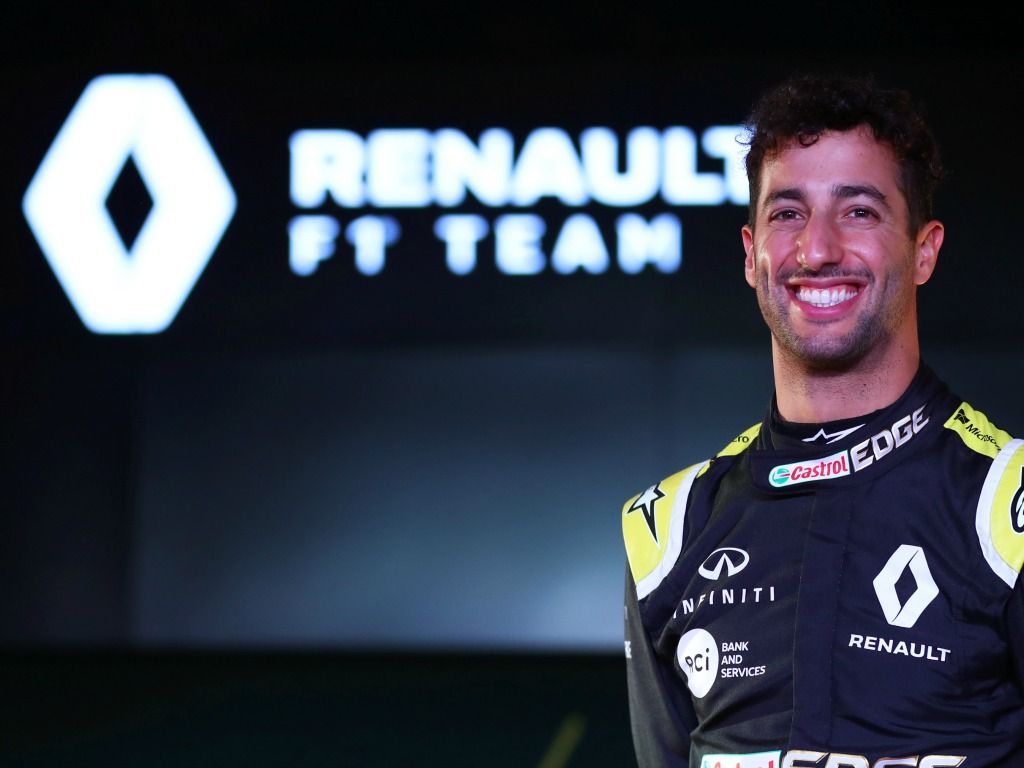 Daniel Ricciardo has spoken about his hopes of getting more out of the Renault team with his positive energy.

Ricciardo was on hand to help launch the Renault R.S.19 at their Enstone headquarters on Tuesday as he prepares to embark on a new challenge in Formula 1.

The Aussie was overlooked by the likes of Mercedes and Ferrari whilst he ran down in his Red Bull contract in 2018.

But he was in need of a new start and wants to make an immediate impact in the Renault garage.

Cyril Abiteboul: "Why did you join Renault?"

“Renault has a massive history in motorsport, so to be part of the next step of their Formula 1 journey is an exciting challenge,” Ricciardo said at the R.S.19 launch.

“I’m here to do a job on track and drive as fast as possible, but I would like to bring the team energy.

“I want to put a spring in everyone’s step because that’s part of my job and also my character.

“I aim to be able to get the team to work that extra bit harder, put in more effort and rally everyone together. I’d like to be a catalyst for positive energy.”

Ricciardo not only had a lot going on away from the track, but a whopping eight DNFs on it was a real test of his mental strength.

“Last year a lot happened and it was a big decision for me,” he added.

“I felt this was the right place to move on for the next chapter in my career.

“The ambition is there and there is no level of complacency but a big goal ahead and that excites me.

“I have more clarity of where I’m going and I aim for that to be shown with good results on track.

“I feel a lot of positive pressure and expectation to do good things, but that’s something I’m looking forward to taking on.”

Gallery: Take a closer look at the new R.S.19