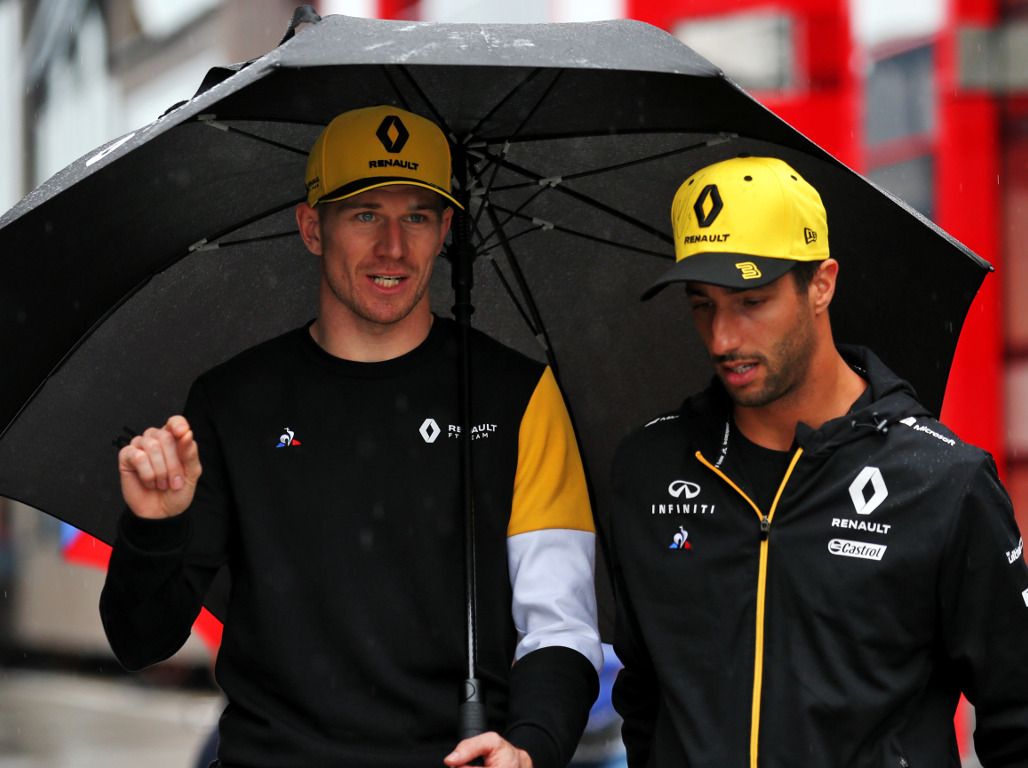 Daniel Ricciardo doesn’t believe Nico Hulkenberg’s F1 career is over despite the German failing to secure a 2020 race seat.

Hulkenberg won’t be on next year’s grid after Renault decided to instead sign Esteban Ocon as Ricciardo’s 2020 team-mate.

The German entered talks with Haas but could not agree terms while rumours linking him to Alfa Romeo also fell flat.

With only Williams still to decide their line up, and Hulkenberg ruling out returning to his former team, the 32-year-old won’t be on next year’s F1 grid.

“I certainly think he still has time in the sport if he wants it.

“His ability is certainly there to do it.

“He’s a pretty switched on kid, he’s quite business savvy so if he goes on to do other things he’ll be okay.’

Ricciardo added that this season, his first and only as Hulkenberg’s team-mate, has been easy-going given both drivers’ characters.

“Yeah it’s been pretty easy-going,” he added. “He has been easy to work with, does what he has to do and doesn’t really kick up a fuss.

“Also I do believe coming into the season we both had respect for each other and I think that helps, as far as we don’t feel the need to do anything weird.

“I don’t want to say I’ve had that in the past, I haven’t had that, but it made the transition of me coming into this team quite easy.

“Pre-season, we had a bit of a laugh, after the races we might go see each other and have a drink at a party.”

That, though, doesn’t mean he had a poor relationship with his former team-mates, Sebastian Vettel and Max Verstappen.

“I guess I’m pretty easy going,” he said. “Yes, I’m a competitor on the track.

“With Seb as well I think there was just respect and with Max, yeah, we were competitors but I respected his talent, his ability, and I think he did the same, so I think if you have the respect then I think that’s really the main thing to keep everything together.”

As for his 2020 team-mate, he said: “With Esteban, no concerns, no fears, no doubts. I do respect him as a competitor.”