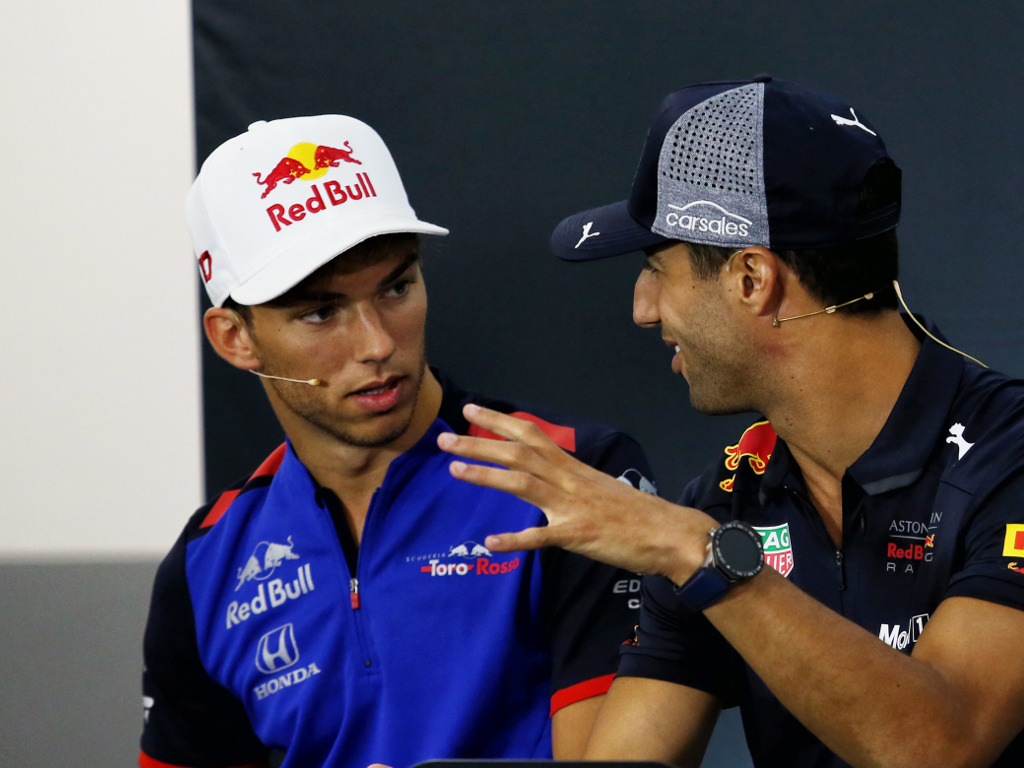 Although Daniel Ricciardo never thought Pierre Gasly would beat Max Verstappen in his first season at Red Bull, he is “surprised” by the gap between the two.

Gasly’s brief stint at Red Bull Racing ended after the final lap of the Hungarian Grand Prix, a race in which the Frenchman was lapped by team-mate Verstappen.

That was the final straw for the Red Bull bosses with the team announcing that Gasly had been demoted to Toro Rosso with immediate effect with his Red Bull seat going to Alexander Albon for the final nine races of this campaign.

While Red Bull had stated several times prior to Gasly’s demotion that his seat was safe, it does not come as a shock.

The 23-year-old had struggled to match Verstappen in their 12 races together.

While Verstappen bagged five podiums, two of which were grand prix wins, and 181 points, Gasly’s best finish was a P4 and he scored just 63 points.

Ricciardo, the man Gasly replaced at Red Bull, says he had been surprised by the Frenchman’s poor performances.

“Tough one with him because the reality is he is a long way off Max,” the Renault driver told Crash.net.

“So on one side they [Red Bull] are happy with Max but on the other hand I think deep down they know that they could be scoring a lot more points.

“I don’t know what it is at the moment with Pierre because last year he got some big results with Toro Rosso, which was clearly not as good a car as the Red Bull.

“I know Max as a team-mate and I didn’t expect Pierre to come out and beat him.

“I’m not surprised that Max is beating him, but I am surprised at the gap.”