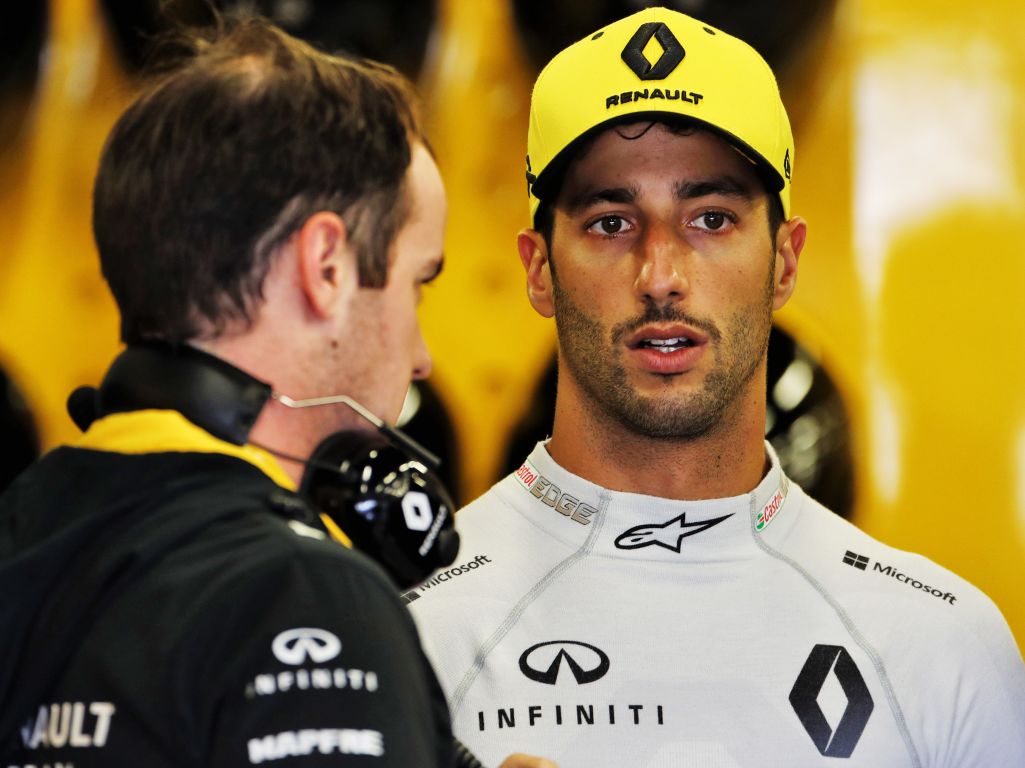 Renault’s Daniel Ricciardo was left pleasantly surprised after he qualified P7 for the British Grand Prix, ahead of both McLaren’s.

McLaren, who receive their engines from Renault had appeared to establish themselves as the clear fourth-best team on the grid heading into Silverstone, while Renault were searching for answers to their difficult showing in Austria.

Ricciardo was able to improve even further on his FP3 showing to make it into Q3 and secure P7 for the race, a starting spot which even he couldn’t quite believe.

“I wasn’t too worried about yesterday, but I didn’t think we’d make that much of a jump to match the McLarens,” he told reporters at the British Grand Prix.

“It was good qualifying and a good car. Seventh is definitely a good one, particularly having both cars in Q3 after Austria.”

The Aussie will start just behind former Red Bull team-mate Sebastian Vettel, but he doesn’t expect to compete with the Ferrari man under normal circumstances.

“I think he’d [Vettel] need to have a pretty average race,” Ricciardo admitted.

“I’ve been there with a faster car and even if it doesn’t feel like it’s normally going well, you’ve still normally got enough to keep our pack behind for now.

“I’d like to target him but I think we’ll want to hold onto this seventh and get some points back on McLaren.”

Nico Hulkenberg also made Q3 for Renault and will start P10, and like his partner, McLaren are firmly in his sights.

“We’ve managed to improve the car overnight which made us more competitive today,” he told Sky Sports F1.

“I’m not entirely happy with qualifying and P10 is always a bit annoying. We will just see what we can do in the race.

“It’s usually quite different here and you have to manage your tyres a lot so strategy will definitely be an interesting topic tomorrow. I’m looking forward to it.

“We have a Toro Rosso in the mix too, Albon is pretty quick here which is very impressive for his first time around here. But McLaren will be the ones we need to look out for and beat.”

Renault are currently 20 points behind McLaren in the Constructors’ Championship.