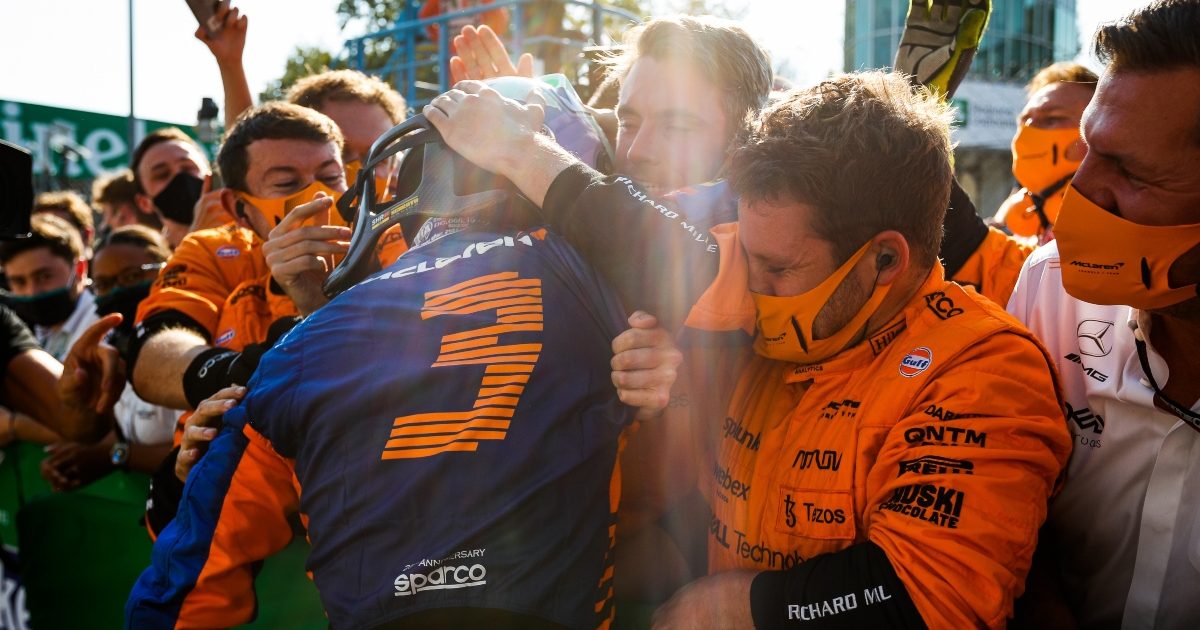 Daniel Ricciardo is excited ahead of the 2022 campaign and feels he’s heading into it with a “group of winners” at McLaren.

The British team dropped down the pecking order in 2013 and have been either a backmarker or a midfield outfit ever since, but they have been on an upwards trajectory in recent seasons and are fighting for P3 in the Constructors’ Championship this year.

The widespread regulation changes coming into play next year offer them their biggest opportunity yet to get back to the front of the field for good, and that excites Ricciardo.

In fact, the thought alone puts a smile on his face.

“It’s exciting for the whole sport. For us at McLaren, we certainly see it as maybe another opportunity to get closer again,” he told the Beyond the Grid podcast.

“The team has been on an awesome trajectory. I’ve certainly felt that and been a part of that this year, so the plan is to continue on that.

“With these rule changes, I think there’s a bigger opportunity to, let’s say, make a bigger step, but every team has the same opportunity. Every team is thinking the same, so it’s not just us, but the thought of it makes me smile.”

The moment @DanielRicciardo added his own piece of McLaren history to the MTC trophy cabinet. 🏆🥰

And he picked a spot alongside a very special trophy. 👏🇦🇺 pic.twitter.com/Umk6gu1I8H

It hasn’t been the easiest first season with the team for the Aussie, but he did give them their first win since 2012 at the Italian Grand Prix, with Lando Norris crossing the line behind him to make it a 1-2.

It was relatively comfortable for him too, with the 32-year-old leading the race from start to finish after getting ahead of Max Verstappen at Turn 1.

He says how well the team operated under such pressure made him realise that he was surrounded by a group of winners, even if they hadn’t tasted victory in almost a decade.

“You said [in a previous question] ‘what did the win do for me?’ you know, also what it did for the team was also just as powerful,” he added.

“Because the team’s been on this trajectory, they’ve had podiums, but to get the win, let’s say, confirms a lot of belief that the team have in themselves to get it done.

“Like, man, we’ve got a group of winners here, and that makes me really excited.”