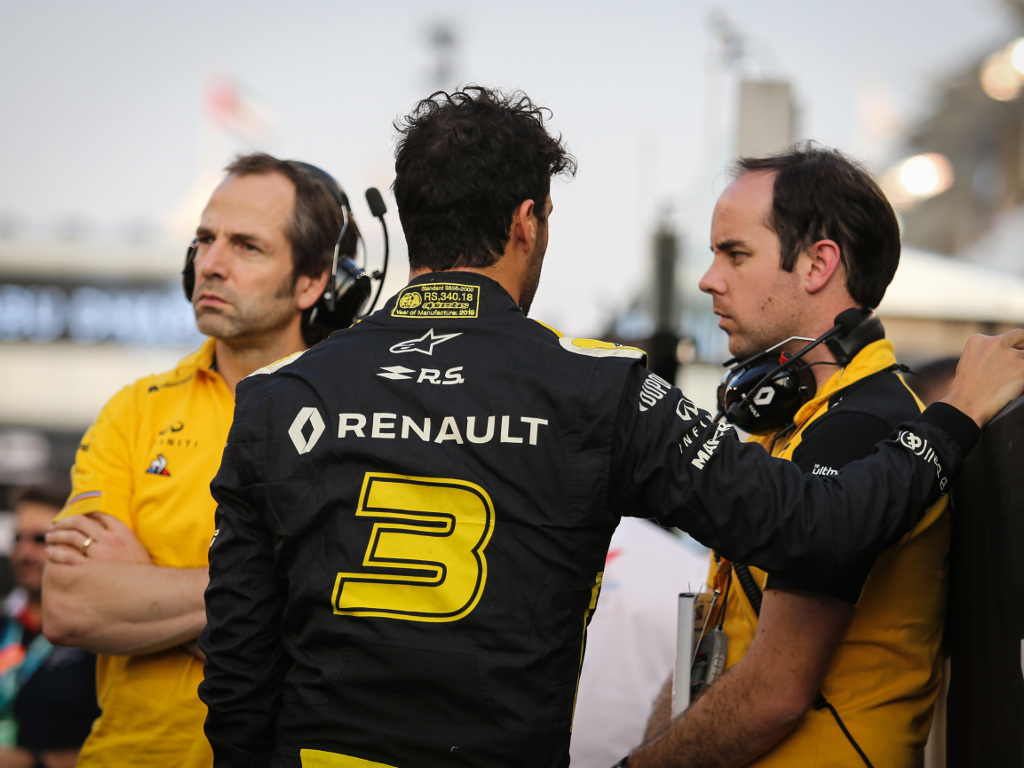 Holding onto P5 in the championship despite a point-less Abu Dhabi GP, Daniel Ricciardo says Renault “dodged a bullet” in 2019 having underachieved.

At the end of a season in which Renault had hoped to be fighting for podium finishes but only managed a best of P4, the Enstone team went into the season finale eight points ahead of Toro Rosso.

Both Ricciardo and his departing team-mate Nico Hulkenberg started inside the top ten at the Yas Marina circuit but, 55 laps later, were outside the points.

Hulkenberg was 11th to the Aussie’s P12.

But while Renault failed to score, the same cannot be said of Toro Rosso with Daniil Kvyat crossing the line in ninth place.

Renault held onto fifth place in the standings by six points.

“That definitely would have been a punch in the guts,” Ricciardo admitted to Auto Action.

“Financially it is. You put the financial loss onto the motivation loss, and we didn’t need that.

“So let’s use that as a positive and say all right boys, we dodged a bullet, so let’s avoid all bullets next year.”

He added: “We did underachieve for the most part this year, but don’t let that bring them down.

“If that is the case then we are not going to move forward next year.”

Looking ahead to 2020, the former Red Bull driver is confident there will be improvements whether it is all on his side or Renault also rise to the challenge.

“I know I like to talk a lot,” he said, “but I am not one to say we will do better next year boys if I really don’t think we will.

“I am not just going to massage their shoulders and tell them what they want to hear.

“I know I will get better, so that is one variable that I know is going to change for the better.

“Even with that alone I am confident moving into next year.”