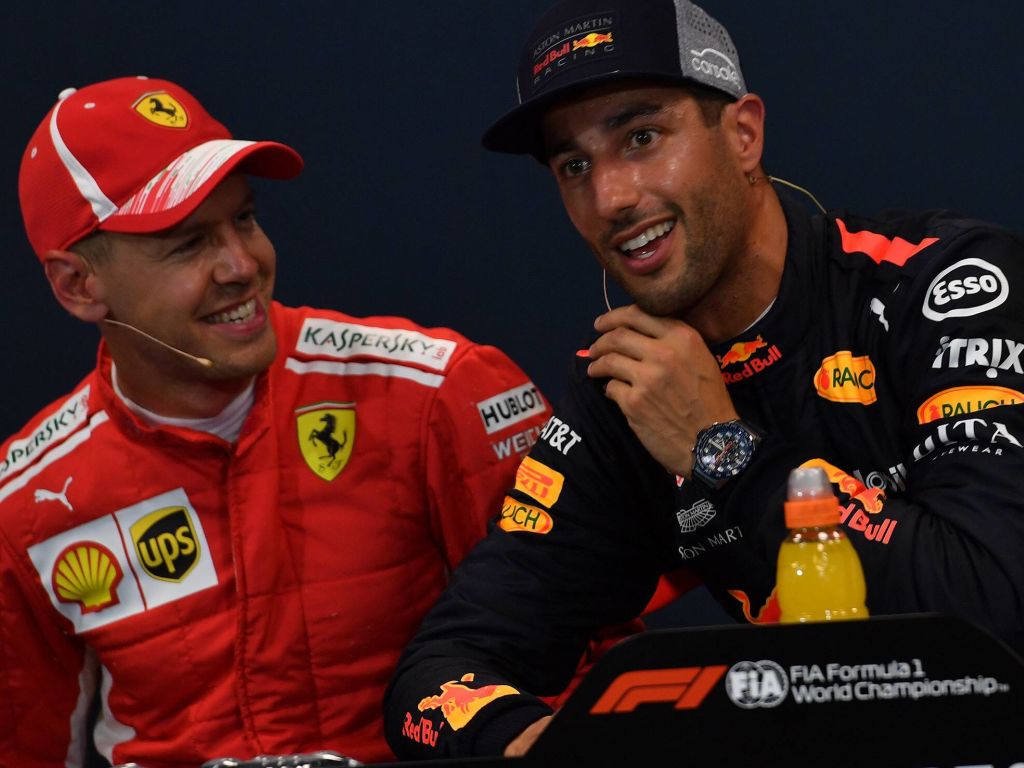 After Mark Webber retired at the end of 2013, his fellow Aussie Ricciardo would be called up by the Austrian outfit for 2014 and would make an immediate impact, qualifying P2 for the season-opening Australian GP and finishing there before his disqualification for a fuel flow breach.

His team-mate, Vettel, came into that season on a run of four-straight Drivers’ Championships, with four-consecutive Constructors’ titles to go with it – but 2014 marked the start of the turbo-hybrid era and a new dominator in the sport – Mercedes.

Ricciardo largely outperformed his decorated team-mate, claiming P3 in the Drivers’ Standings while Vettel, 71 points adrift and winless in that season, would sign a bumper deal to switch to Ferrari for 2015.

The 29-year-old reflects on the excitement he felt back then in what was his first opportunity to drive for a top team after stints with HRT and Toro Rosso, but also how eager he was to learn from the top dog in Formula 1.

“I remember that it was exciting. I had the chance to drive for a top team and compete with the then current and four-time F1 world champion,” Ricciardo told Motorsport-Total.

“If I could get close to Vettel, people would say ‘This Ricciardo is pretty good’, there was no real pressure, it was just an option for me. It was cool, it was good, I enjoyed it.

“Apart from the results, I wanted to learn from Seb, I know how meticulous he is and how much he invests in the sport, he lives and breathes Formula 1 and racing.

“I did not want to copy him, but to take some things from him that I found useful, but I wanted to retain my own style.”

Skip forward to 2019 and the roles have almost been reversed for Ricciardo who joined Renault after failing to see off Red Bull’s hot prospect Max Verstappen.

When Ricciardo was that protege looking to make a name for himself he knew that Vettel was “not always considered a good loser”, but says they had a good relationship.

“In a way, the year with Seb was very easy because, as I said, I had no pressure,” he explained.

“I would have expected that it affected Seb harder and he was not always considered a good loser, but we had a good relationship with a good level of respect.

“I looked up to Seb in many ways, he had achieved a lot, but I never thought he was better than me.”