Home News Ricciardo frustrated to miss out on P6 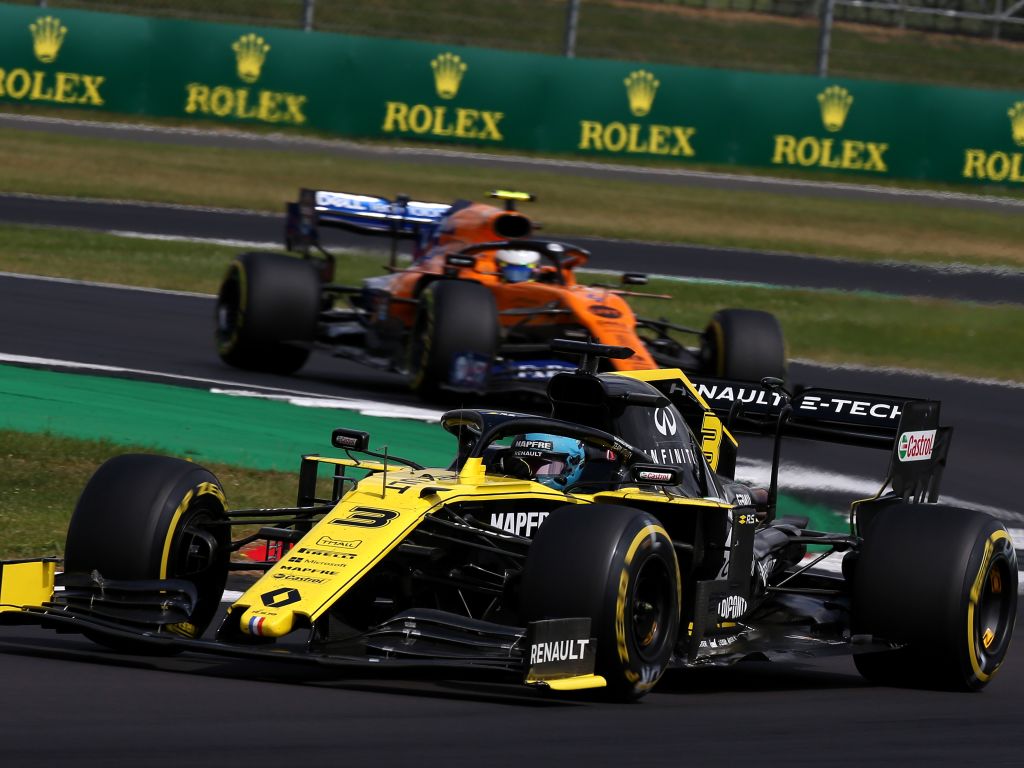 Renault’s Daniel Ricciardo was left slightly disappointed after failing to “hunt down” Carlos Sainz for P6 at the British Grand Prix.

The French manufacturer returned to form at Silverstone as they went blow-for-blow with their customer team McLaren.

Ricciardo battled with the other McLaren of Lando Norris in the early stages, but after a Safety Car period following Antonio Giovinazzi’s retirement, the Aussie was left to try and recover ground but ultimately fell short in his battle with Sainz.

“I was busy for the most part, I think at the end it was frustrating. I had a bit of pace on Carlos [Sainz], but they were quite quick with the traction,” he explained.

“Through the high-speed I got close but never close enough to get him.

“The few times I was close it was into Turn 15 and unless you are really there with your nose it’s hard to brake right into the corner so I couldn’t really lunge.

“At the beginning I had a few good battles with Lando – the Safety Car hurt myself and Lando and Carlos benefited so we had to try and come back through.

“The restart was good, picked a few cars off, and then hunted down Carlos. Sixth would have been sweeter, but I think where we were a couple of weeks ago, seventh and tenth for the team is not a bad day.”

Sainz put a disappointing qualifying behind him to match his best result of the season, though he admitted that the closing stages were more stressful than he had hoped for.

“It was a strange Saturday, one we have to analyse, but back to business on Sunday,” said the Spaniard.

“After a great start and controlled first stint, managing the tyres allowing us to go as long as anyone else, we were very fast towards the end.

“But then a yellow car was faster, which meant it was a very stressful end to the race, but at the same time good fun because we held him back and made it to P6.”