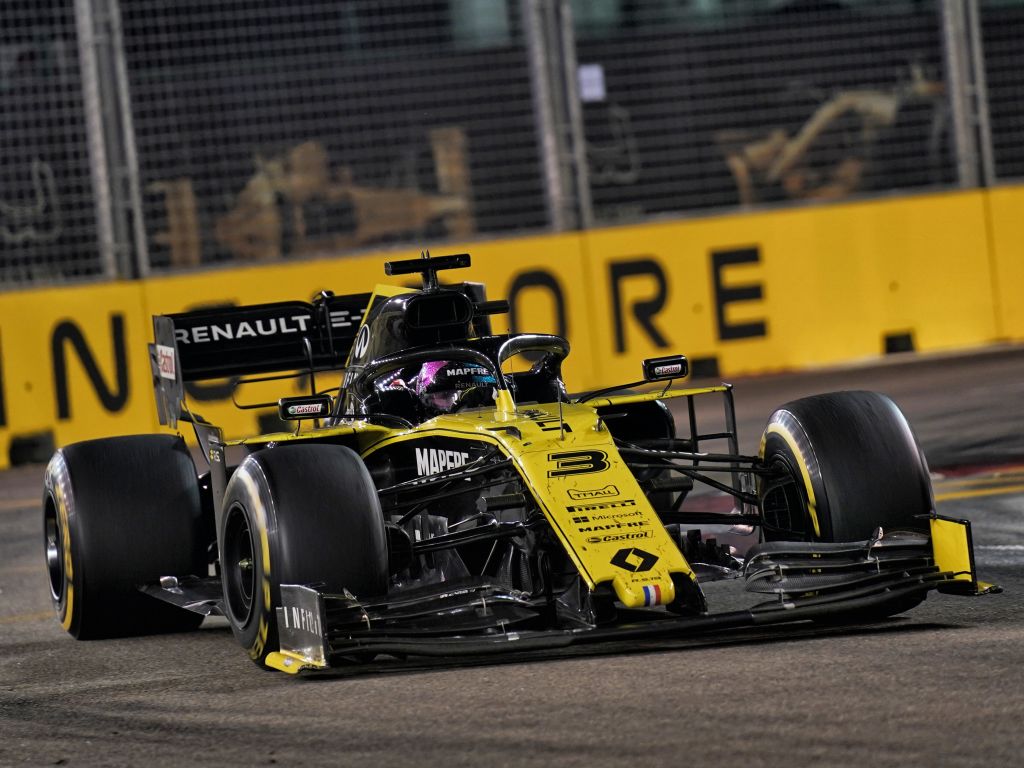 Daniel Ricciardo was flying at the Singapore GP as he looked to recover lost ground, but his crash with Antonio Giovinazzi “destroyed” that progress.

The Aussie was forced to start from the back after being disqualified from qualifying for breaching the regulations with the MGU-K element of his engine.

That sent Ricciardo on a rampage as he looked to fight his way back through the pack, but that came to a halt after he made contact with Giovinazzi, resulting in a puncture for the Renault man.

Ricciardo would be forced to settle for P14 and he admitted that the contact with Giovinazzi “destroyed” the race for him.

“The contact with Giovinazzi destroyed our race,” he told reporters at the Marina Bay Street Circuit.

“I’ll watch a replay, but I don’t think anyone was trying to have each other over, let’s put it that way. Just tough consequence. I guess that’s street racing.

“I felt like we were ticking off every box and it was like ‘make the most of the first part when everyone is bunched up’.

“And then I felt like we were going to get into some clean air and use the last of the tyres. We were getting close to our pit window at the time with our contact with Giovinazzi.”

The Daniel Ricciardo Grand Prix is really hotting up 🔥

Ricciardo remains adamant that his disqualification from qualifying was harsh.

“I had a very restless night’s sleep, trying to go through it in my head, why a penalty would be so harsh,” Ricciardo was quoted by GPToday.net.

“For me, it happened on one occurrence on one lap. If it was happening the same corner every lap for the same session, I would not complain at all.

“They’re doing some great things on-track like letting us race, but what’s the point of not giving penalties on-track but then giving a massive penalty for something not in our control.”