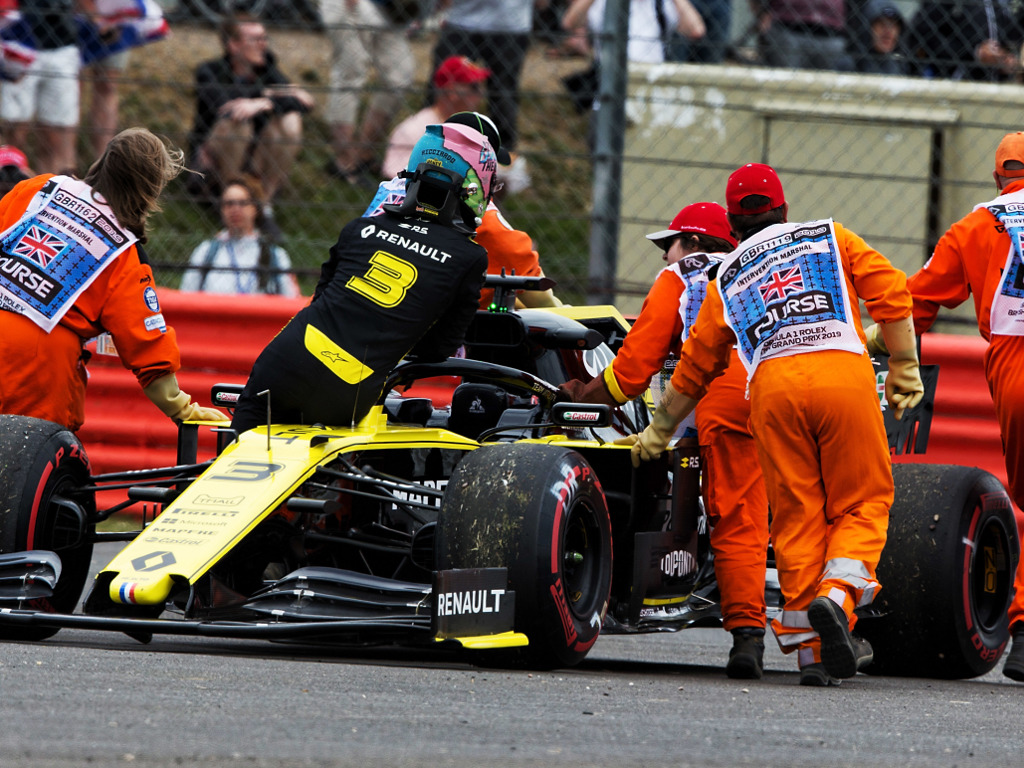 Daniel Ricciardo said it was “RIP” to his old engine, Pony, who died during Friday’s second practice for the British Grand Prix.

Putting in his final few laps late in FP2 at the Silverstone circuit, the Renault driver ground to a halt at Maggotts as his engine let go.

“I think it’s RIP to that engine,” he told Autosport.

“So we’re going to have a little service for it. It was called Pony as well, so we had to put Pony down I think.

“That was the original spec, so it was definitely just a practice engine. It would have been nice to get that to do a few more Fridays.

“But the word for now is that we’re gonna say ‘adios’ and put Pony down.”

He added: “It was an A-spec, so it wasn’t my most loved one anyway.

“I got first points with Pony in Shanghai, I think it was.

“So she enjoyed China, loved a bit of Chinese food, strong guts, but other than that I think we’ll forget about Pony tomorrow once we spread the ashes tonight.”

The Aussie finished Friday’s practice for the British Grand Prix 14th fastest with a best time of 1:28.128.

That put him 1.396s down on P1 holder Valtteri Bottas.

“I think the time sheets don’t show too much optimism, but I think we are better than that,” he said.

“For sure we’ve still got some work to do, but I think there’s some lap time on the table which we can get quite quickly.

“But to put us there into that P7, P8 area we do need to find a little bit more. So I think we’re currently good enough to probably get inside the top 10, but just.

“I think we obviously want to get a bit deeper in there. So still a few things to discover on the car.”