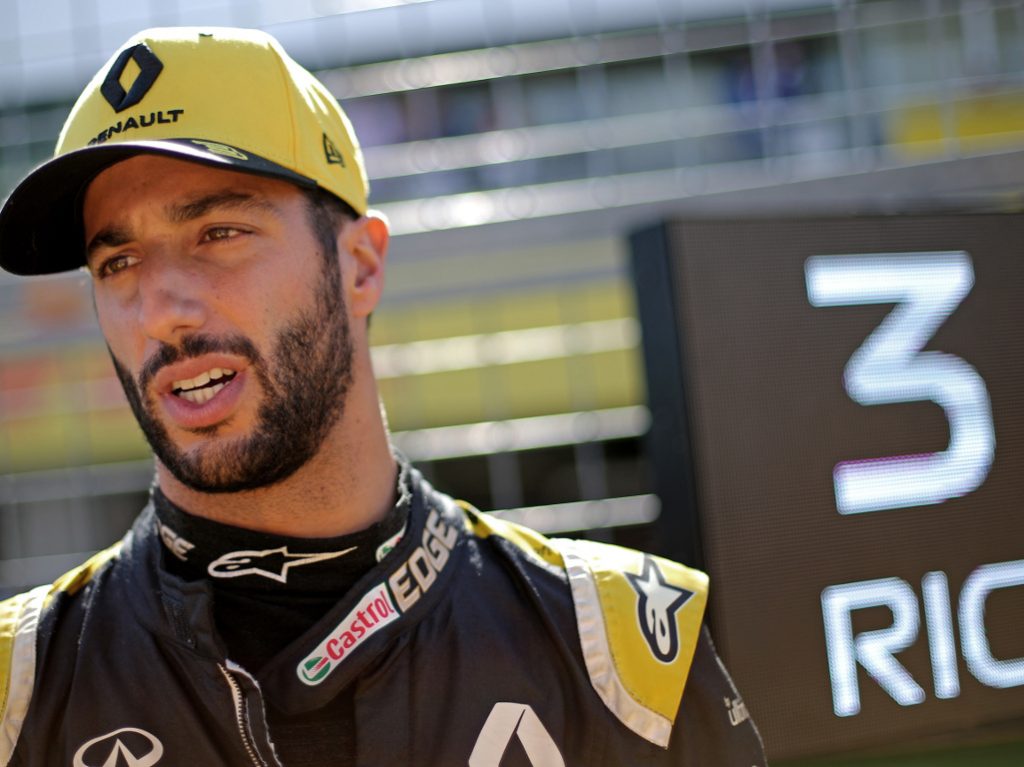 Daniel Ricciardo is irked somewhat by his P9 finish in the 2019 Drivers’ Championship, believing it isn’t representative of his ability.

The Aussie made the surprise move from Red Bull to Renault for the 2019 campaign, but it wasn’t a shock when it became clear that he had swapped a top six drive for one in the midfield.

Still, Renault’s P5 finish in the Constructors’ Championship was a step back from their P4 in 2018, and Ricciardo also believes his P9 in the Drivers’ standings didn’t do him justice.

“Relatively speaking not great, I don’t see myself as the ninth best driver on the grid,” Ricciardo told Crash.net when summing up his first season with Renault.

“I don’t look into it too much because I believe I am better.

“Do I want to be ninth for the next few years and have the excuse that I am better than ninth but it is what it is? No. I don’t like seeing myself in ninth.”

Ricciardo did score 54 points in 2019 compared to his now former team-mate Nico Hulkenberg who scored 37, so he does at least take some comfort from winning that battle.

“If Nico had 100 points, then I’d be very disappointed. If Nico had 5 points I’d be like wow an amazing season. I know I have more than Nico’s 37 so I guess I can’t be disappointed,” Ricciardo explained.

“Relatively speaking I am okay with this season. It was always going to be difficult. Coming into a new team, people have done it before so it is not impossible to do.”

Ricciardo compared his Renault move to when he was promoted from Toro Rosso to Red Bull in 2014, but switching to the French manufacturer last year was more challenging.

“I’m having to adapt more than, I’d say Charles [Leclerc], but also for me going from Toro Rosso to Red Bull, and him from Alfa to Ferrari, coming into a car with more grip is normally easier,” he said.

“There are more expectations, but it does more things that you wanted it to do. That is easier than going from Red Bull to here.

“How I adapted to that, I was quite happy, but in a few races, I was not happy with myself, I expected more, but I developed well.”