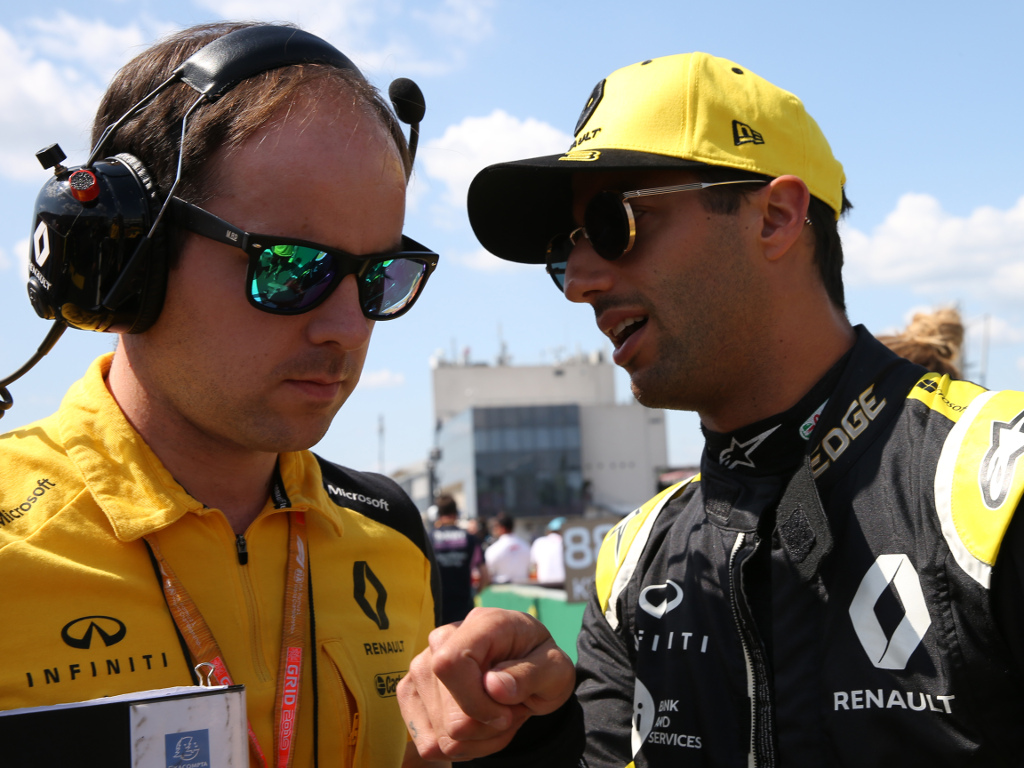 Accusing Kevin Magnussen of “moving under braking”, Daniel Ricciardo feels the Haas deserved more than just a warning from the race director in Hungary.

Ricciardo and Magnussen provided some of the late drama in Sunday’s Hungarian Grand Prix as the Renault driver dogged the Haas man for 13th place.

It wasn’t a position that either particularly wanted but by starting P14 and 20, with Magnussen ahead of Ricciardo, it wasn’t a great Hungarian GP weekend all around.

Magnussen made several defensive moves under braking, eventually forcing Ricciardo to complain to Renault about the Haas driver’s antics.

That was passed onto race control but race director Michael Masi felt a warning was all that was required.

“I let the first two go, I didn’t come on the radio,” Ricciardo told Motorsport.com.

“I don’t want to be the guy that literally comes on the radio straight away, I thought I’d let him be aggressive for a bit.

“But then there were a couple where he was moving.

“I was committing to the inside, and then he was braking and squeezing as much as he could, and then I was I’ve got to say something.

“For me it was definitely moving under braking, which is the one thing we don’t really appreciate.”

Asked if he had spoken with Magnussen about his driving after the race, Ricciardo replied: “I was going to, and I was advised just to take a few deep breaths, and let it go.

“It’s alright, it’s racing, but for sure what we drivers agree on and speak with the stewards about, he definitely moved under braking more than twice.

“I heard he got a warning, but a warning is not enough.”