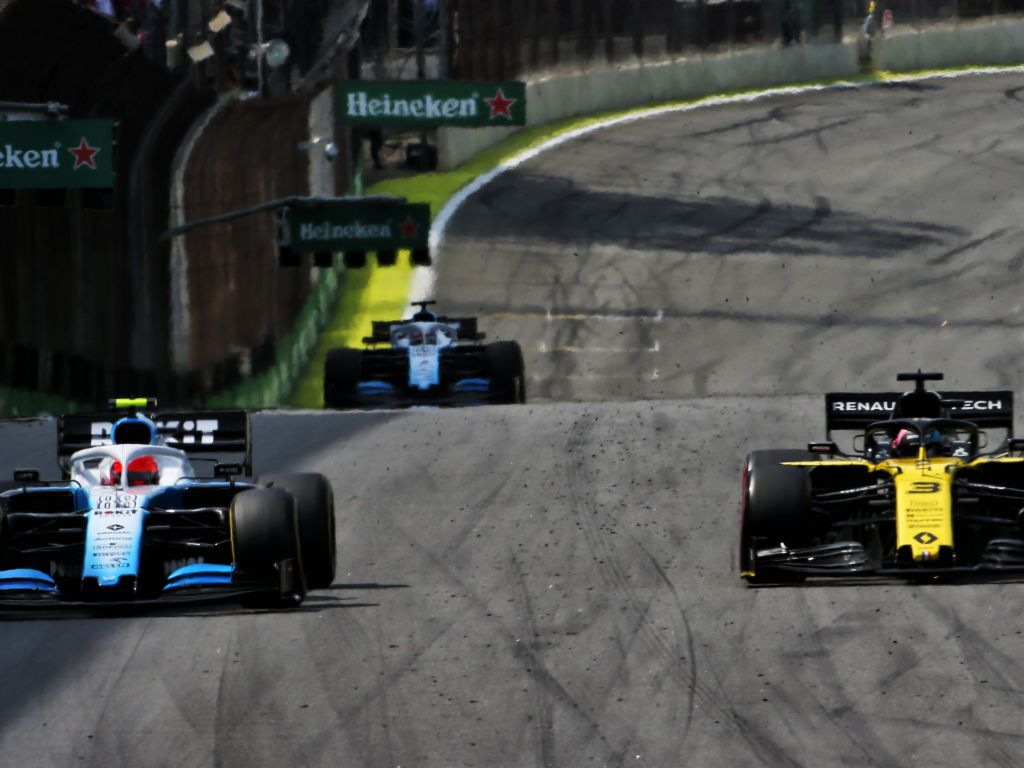 Both Robert Kubica and Daniel Ricciardo have been handed five-second time penalties and two points on their superlicences for their respective incidents in Brazil.

Ricciardo made contact with the Haas of Kevin Magnussen when the duo battled on Lap 8 with the incident sending Magnussen into a spin.

For that incident Ricciardo was handed a five-second time penalty and two points on his superlicence, with the stewards ruling that he was at fault for the collision.

“Approaching turn four car three [Ricciardo] moved to the inside of car 20 [Magnussen] to attempt a pass,” said the stewards.

“At the apex of the corner, car three had a slight lock-up of the left-front which caused him to understeer and a collision ensued at the exit of the corner. The stewards determined that car three was predominantly at fault.”

Kubica was also in the wars when Williams released him into the path of Max Verstappen during his first pit stop, costing the Dutchman the lead of the race to Lewis Hamilton, though he would recover to take the win.

But, the stewards have handed Kubica the same punishment as Ricciardo because they deemed that Williams had released him in good time, before the Polish driver exited his pit box slowly and drove into Verstappen’s path.

“Car 33 [Verstappen] had completed its pit stop and was driving down the pit lane in the fast lane. Car 88 [Kubica] was completing its stop,” the stewards explained.

“However, car 88 was slow to depart its pit stop location and then when car 33 was already alongside, swerved towards the fast lane and car 33 had to swerve towards the pit wall and slow to avoid a collision. The stewards therefore determined that this was an – Unsafe Release from a pit stop where the driver is at fault – and ordered a five second penalty on car 88.”