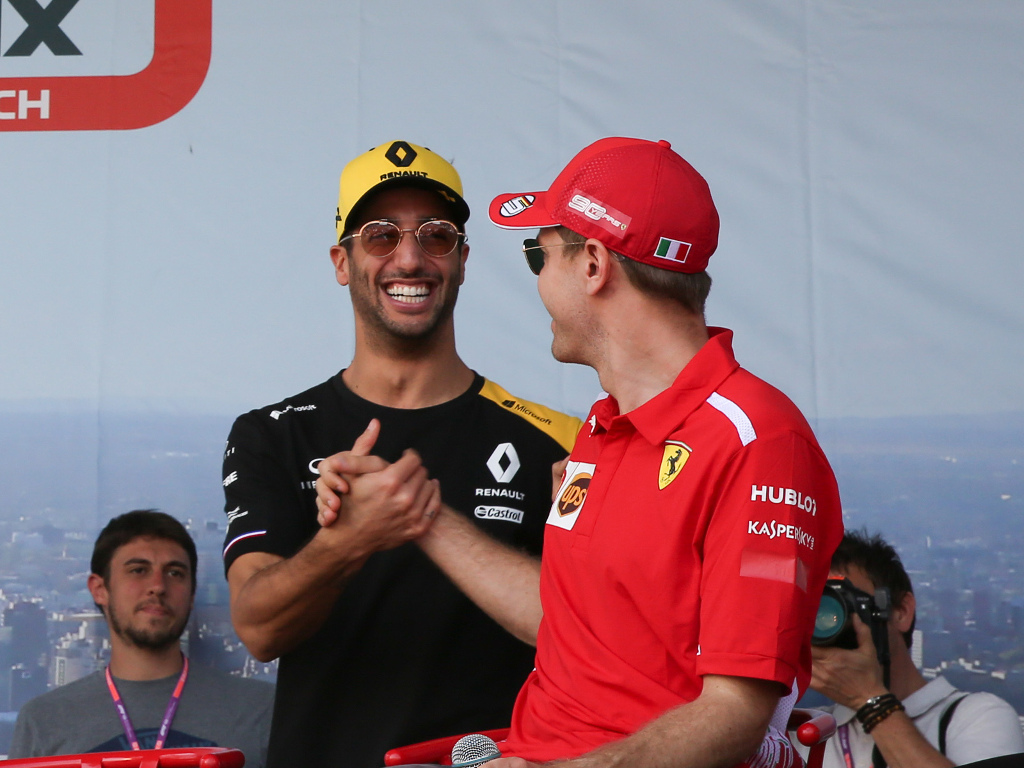 Sebastian Vettel may be insisting he’s not going anywhere but, just in case, Ferrari are reportedly lining up Daniel Ricciardo as his replacement.

Vettel’s future at Ferrari is one of F1’s hot topics.

While the German is adamant he has a contract until the end of 2020, rumours continue claiming he has grown disillusioned with the sport and could call it quits at the end of this season.

And, in case the proves to be true, Ferrari are looking at their options.

Ricciardo had been linked to Ferrari for 2018 but the move was never finalised.

Reports at the time suggested that it was a financial decision with the Scuderia unwilling to pay Ricciardo’s salary on top of Vettel’s.

The Aussie remained with Red Bull for 2018 before signing a two-year deal with Renault.

But that Renault contract, according to Auto Action, is believed to include a clause that allows Ricciardo to leave at the end of this year – but only if he has an “offer to join Mercedes or Ferrari”.

The publication adds that Ferrari have put out “informal feelers via intermediaries to the Ricciardo” camp.

The Aussie is not the only driver they are looking at should Vettel decide he has had enough.

Valtteri Bottas is also up for consideration as, unless Mercedes take up their option on him for 2020, he is a free agent of July 1.

Auto Action, though, claims that even if Mercedes don’t take up their option on Bottas it doesn’t mean he is out, they may just want more time to decide Lewis Hamilton’s 2020 team-mate.