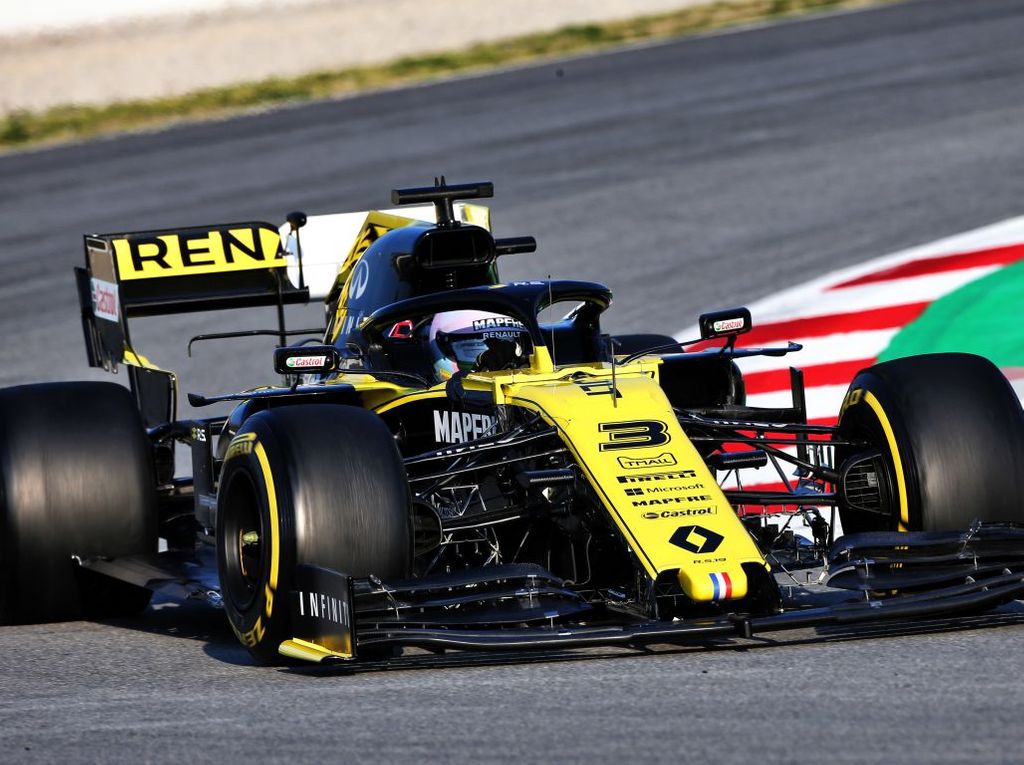 Daniel Ricciardo has played down the impact the new aero rules will have on this year’s racing, saying it won’t make a “massive difference.”

Like his rivals, Ricciardo was given a taste of the new aerodynamic regulations and how they effect the cars during the recent pre-season tests.

This season Formula 1 has introduced bigger simpler wings in the hope that they will make it easier for cars to follow and ultimately pass.

The Renault driver experienced when he followed the Ferrari of Sebastian Vettel during the final test in Spain.

However, unlike Valtteri Bottas and others who are impressed with the new regulations, Ricciardo feels they don’t have much of an impact.

“I have been able to follow some cars but I also feel like we have been faster, whether we’ve been lower fuel, or they have been doing a race sim,” he told Motorsport.com.

“So I have caught them quicker, and it is not always that representative.

“I think it will be a little bit better, but I am not going to say it is going to be a massive difference.

“I would like to think that there is a small gain following, but it is hard when you are doing such fast lap times.”

The Aussie was nonetheless happy with his first pre-season as a Renault driver.

“A pretty good week and we’ve done a decent amount of laps with some consistent running,” he said.

“It will take some time to catch the front teams but that is not what we expected to happen at winter testing and we are very realistic about that.

“We still have work to do and things to improve on and that’s what we’ll focus on now.

“We will dissect the data we’ve harnessed over the past days back at the factory.

“We are making progress but the bigger steps will happen gradually going forward.

“I’m heading to Melbourne feeling that I belong here and I just want to go racing now!”