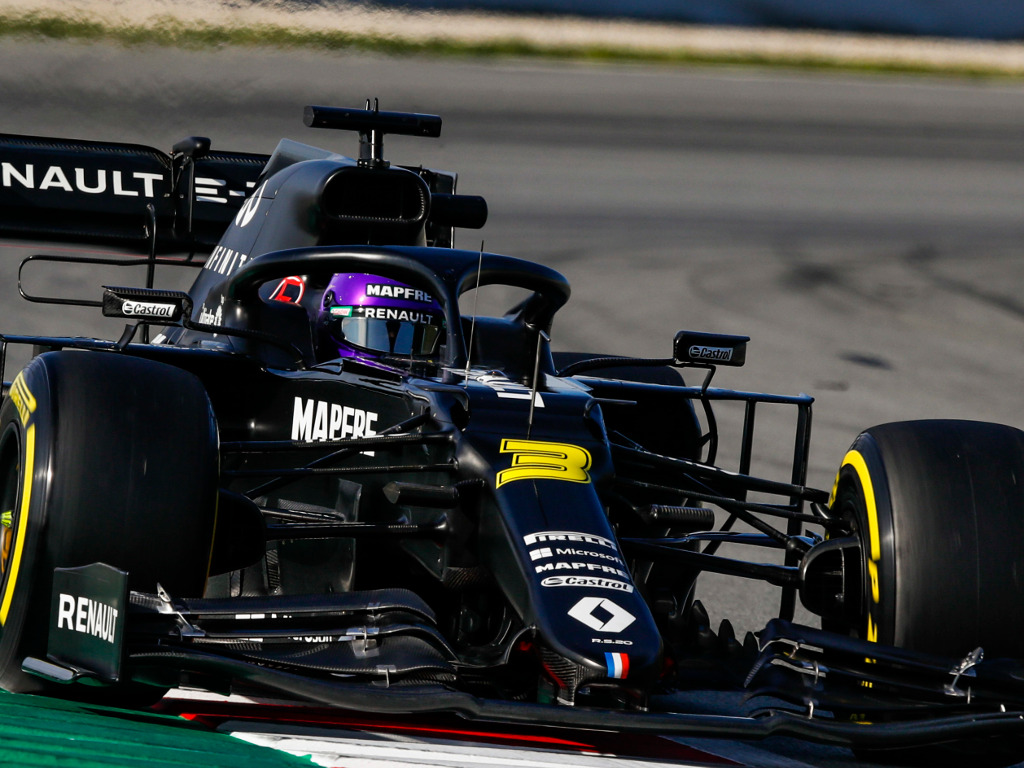 Bolting a set of C5s onto the RS20, Daniel Ricciardo posted the second fastest time of pre-season to beat Charles Leclerc and Lewis Hamilton on Friday morning.

The sixth and final day of pre-season testing got underway at the Circuit de Catalunya on a dry track and under blue skies.

Sergio Perez, Carlos Sainz and Daniil Kvyat set the pace at the start but fell down the timesheet when the big boys came out to play on the C5 tyres.

Leclerc hit the front in the Ferrari with a 1:16.360 while Hamilton closed the gap to the Ferrari driver on his second run on the soft tyres.

His time, the second fastest of pre-season testing, was 0.084s up on Leclerc with Hamilton a further 0.050s down.

Ricciardo hit 314kph through the speed trap on his fastest lap compared to Leclerc’s 310 and Hamilton’s 309kph.

Hamilton missed a chunk of Thursday afternoon’s running when an “oil pressure anomaly” caused his Mercedes engine to shut down.

The W11 was fitted with a new but old power unit for Friday, the engine being the one that caused Valtteri Bottas problems last Friday.

The Brit was the busiest driver out on track, amassing 90 laps of the Spanish circuit despite the occasional puff from his Mercedes power unit.

To give you an idea of how much Lewis Hamilton's Merc has been smoking when on the throttle… Here he is coming out of T5. Image: @octanephotos #F1 #F1Testing pic.twitter.com/8QvUUZwLOo

Perez, with the medium tyres on his pink Mercedes, did a 1:16.658 to finish ahead of Sainz and Kvyat with George Russell in the Williams P7 and less than a tenth behind Ricciardo.

It took Russell almost two hours to set his first lap time as he did aerodynamic work on Williams’ new rear wing, completing 20 odd laps without a time.

Romain Grosjean, Kimi Raikkonen and Alexander Albon all had notable moments in the morning session but didn’t require a red flag.

Haas driver Grosjean had an off at Turn 7.

Setting Haas’ fastest time of the pre-season, a 1:17.037, he got it wrong on the very next lap but managed to avoid any serious trouble.

Meanwhile, laying down the laps, Raikkonen dropped it on the exit of Turn 15 as he applied the throttle.

The Alfa Romeo drover spun but kept the engine running and continued on his way.

Alexander Albon added his name to the list when he spun out of Turn 11.