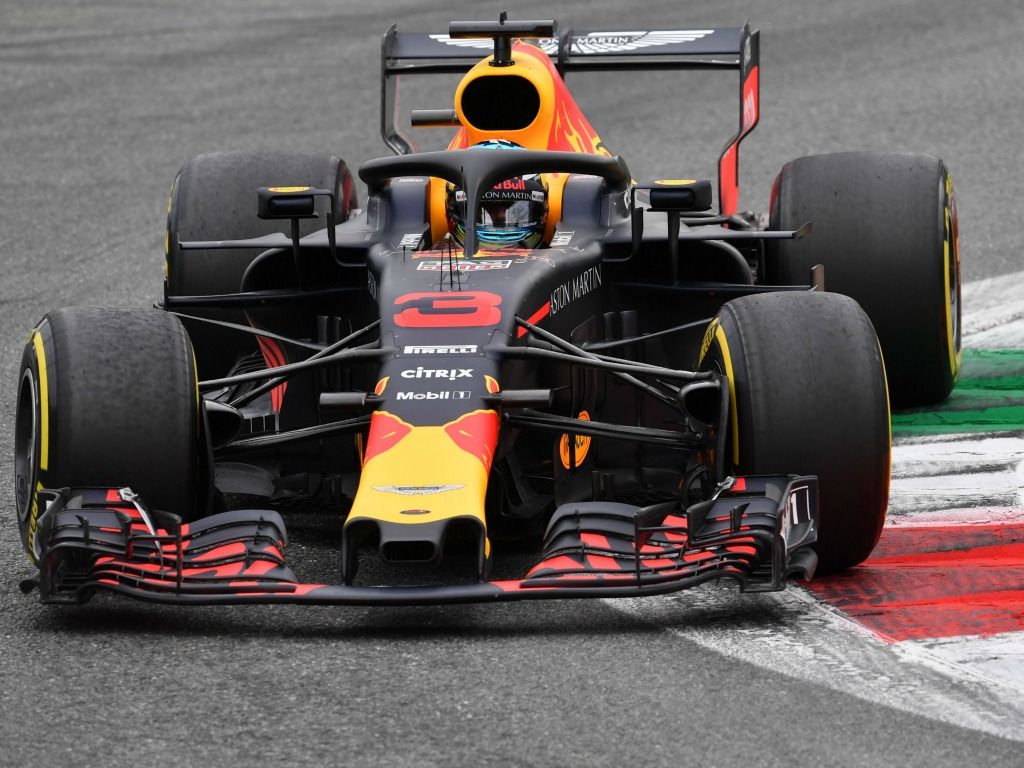 Daniel Ricciardo has said that the new Renault C-spec engine in the back of his Red Bull showed “positive signs” on Friday at Monza.

The Australian is the only man to be running with the new C-spec engine this weekend, at the Italian Grand Prix.

Both of the Renault works team drivers, or McLaren drivers, are still using the B-spec, as is Ricciardo’s team-mate Max Verstappen.

The Australian had issues with the new engine, though, as it had no power on the first lap of his FP1 session.

Despite the issues, though, Ricciardo was happy with how his Friday went.

“It was actually only my first lap with it we had some issues,” Ricciardo said after practice.

“We fixed those and it was OK. We’ll look at the data but I think it worked OK for us.

“We’ll see a bit more closely but I think it showed some positive signs.”

Ricciardo will start from the back of the grid for the Italian Grand Prix thanks to another raft of engine changes.

However, the Red Bull man is more relaxed than usual knowing that.

“I try to approach it the same. But probably a bit more relaxed knowing there’s not much to do other than race,” he added.

“We did a few long runs but the likelihood of us qualifying tomorrow is slim knowing we’ll start at the back, so just focus on race runs. It’s kinda chill.”