Home News Ricciardo: Pressure may be getting to Vettel 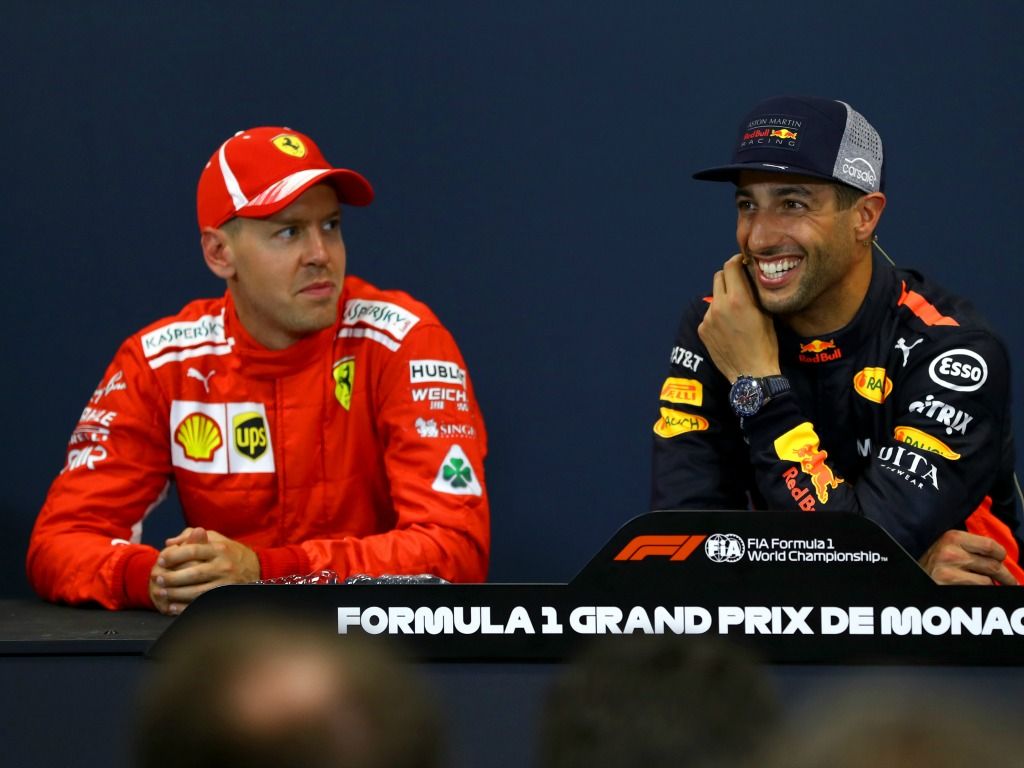 Daniel Ricciardo has suggested the pressure facing Sebastian Vettel at Ferrari has contributed to a more “up and down” season for the German.

Earlier in the week, Vettel said he had explored the option of meeting a sports psychologist but could not find anybody that he felt could help him.

Vettel also said the pressure on him all comes from himself, yet his former team-mate Ricciardo has been speculating about other factors.

“It’s hard for me to really comment because I have won races and I’ve dealt with some pressures, but I’ve never dealt with the real pressure of fighting for a title and going head-to-head,” Ricciardo said.

“Yes, I believe I would be able to cope with that pressure, but until I’m in that position I can’t say yeah, he’s not doing the right thing or whatever.

“He has won titles before so maybe that’s a little bit of the surprise, you think he’s been here and should be used to it.”

He added: “Ferrari is maybe a different organisation than Red Bull and there’s different weights and pressures that come with Ferrari – again, I’m not sure, I’m speculating.

“But maybe these are things are adding more weight on the shoulders. We are all human.”

Ricciardo also believes Hamilton has been the more “solid” of the two title rivals throughout the season, but it could still all change.

“Lewis this weekend might crash in qualifying and then he has a terrible weekend,” he said.

“I don’t know, things happen. Comparing like Seb and Lewis, for sure Lewis has been the kind of more solid guy.

“You know, more consistent this year. Seb’s been able to produce some big races and performances but it has had more ups and downs.”