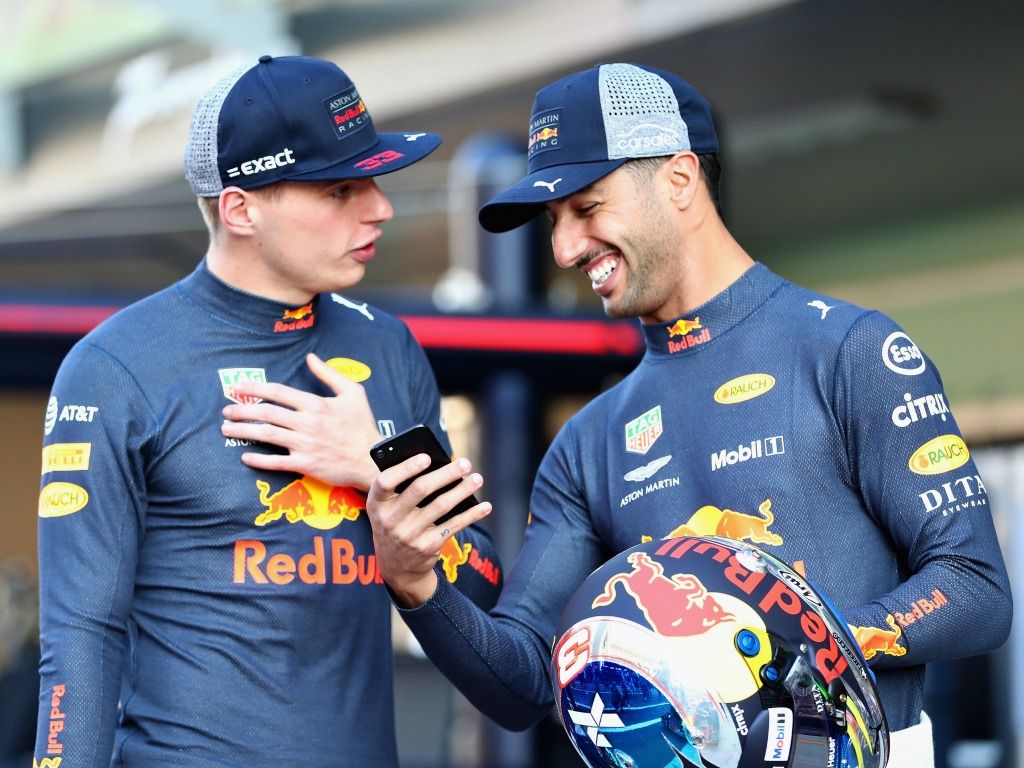 Daniel Ricciardo did not expect his relationship with former team-mate Max Verstappen to be as good as it was in their time at Red Bull.

The Australian was partnered up with the youngster for the last three seasons, following Verstappen’s promotion to the senior team.

The pair had some intense moments on track, including Malaysia in 2016, and of course, Baku this year.

Ricciardo has left for Renault, but believes that the friendship with the Dutchman will continue, and could even grow now they are not direct competitors.

“Unless we’re battling for the same bit of tarmac,” Ricciardo said about how good their friendship was.

“That could always spice it up!

“I’d say the relationship with Max and myself went better than, I’ll be honest, I thought it would go.”

The Aussie, who has seven grand prix victories to his name, thought that the two personalities would clash.

“Just our personalities and our self-belief. I really believe he thinks he’s the best in the world and I believe I am,” he continued.

“So, that can obviously clash. But we always managed at least 99% of the time managed to keep that in its own little place.

“It was cool, it was a good, hard fight with him and I enjoyed it.”

The duo were close on-track, with Verstappen just edging out five wins to Ricciardo’s four in their time as team-mates.

Despite finishing P6 in the standings, and this season not being his best, Ricciardo maintains the two drivers have been good for each other.

“There’s a lot of potential, for sure some potential greatness for Max,” he added.

“I think it’s all about the trajectory. He was quick from day one but I’m convinced he’s a lot quicker than his first win for Red Bull.

“So, I’m sure he’ll keep improving, but it’s probably going to be more of a scenario/situation if he’s going to be in a car that’s capable.

“He’s obviously very talented and I’ve enjoyed the challenge with him, the rivalry. I think we’ve both grown as drivers – it’s been beneficial to both of our careers.”

No matter how close the scraps were, the Dutchman has said that he will miss the “smiling” Honey Badger.

“Daniel is in general a very positive person and always smiling,” Verstappen said.

“It’s a good atmosphere to be around him. It’s better than having a grumpy team-mate who doesn’t always speak to you.

“That’s maybe not a lesson but having a good atmosphere in the team is important so I’ll take that on board and try to create that with Pierre [Gasly, Verstappen’s 2019 team-mate].”