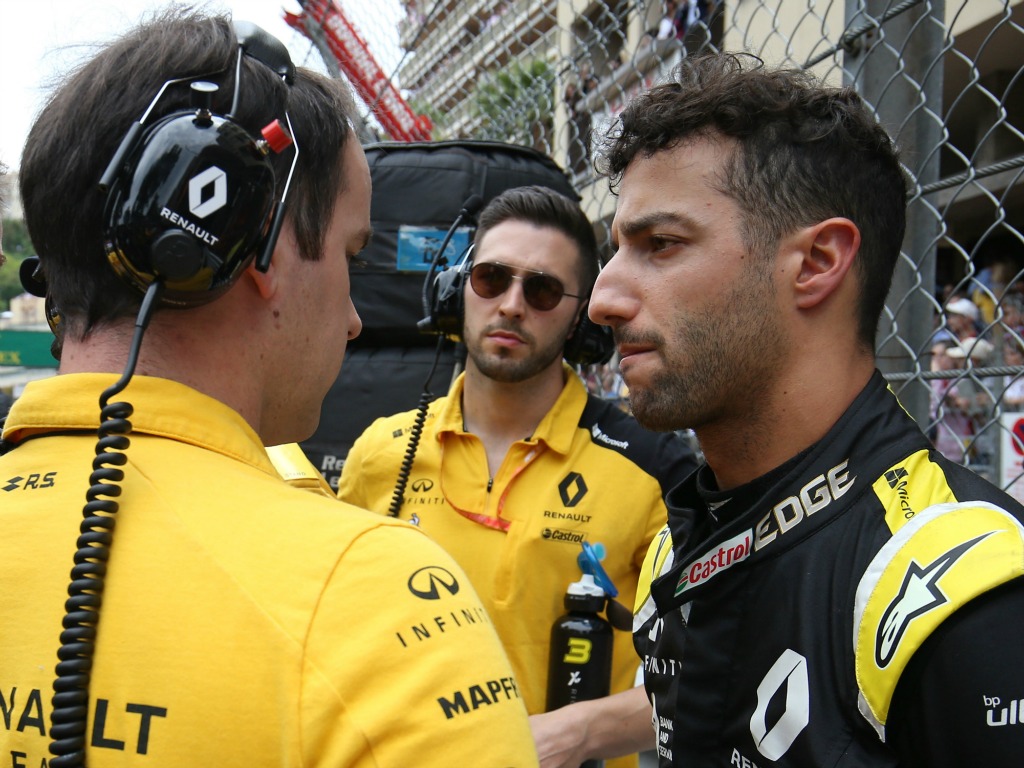 Daniel Ricciardo thought P5 could have been a possibility for himself and Renault in Monaco until a poor pit call cost the team a chunk of points.

Ricciardo got the jump on Kevin Magnussen to rise to P5 on the opening lap, but he ended up caught in traffic after pitting during the Safety Car period following Charles Leclerc’s bash with the barriers in Monte Carlo.

The Aussie had to battle back from P10 and bagged an extra point  in P9 with a fantastic final lap to leapfrog Romain Grosjean by a tenth. The Frenchman dropping to the final points spot because of a timed penalty.

Nevertheless, Ricciardo was left thinking what could have been.

“We have to figure it out, I got caught at Rascasse, as soon as they said ‘box’, I had no time to react differently,” Ricciardo said.

“Obviously, it wasn’t the right call.

“I’ll settle and we’ll sort it out as a team what we could have done better. For now, we have to have a look, see what they saw at the time and why they brought us in.

“We both came in and handed everyone else the positions. It’s a shame because we had a great start, Kevin was our target. We had a good Turn 1 and got into fifth, that was really our place.

“We could have had a really good result today.”

Nico Hulkenberg, meanwhile, finished outside the points and confirmed that he too picked up a puncture when Leclerc tried to squeeze down the inside at Rascasse.

“It’s frustrating, especially because the car and the package is much better than what the results suggest,” Hulkenberg said.

“It’s very bitter to take that.

“It’s happened a few weekends now. Today, when Charles hit me, I carried a puncture from that and it just kicked off a sequence of bad incidents.

“Once you are behind on this track, it is very difficult to recover. In my race, everything went against us. It’s disappointing, frustrating, but we need to keep fighting and I think our fortunes change.”