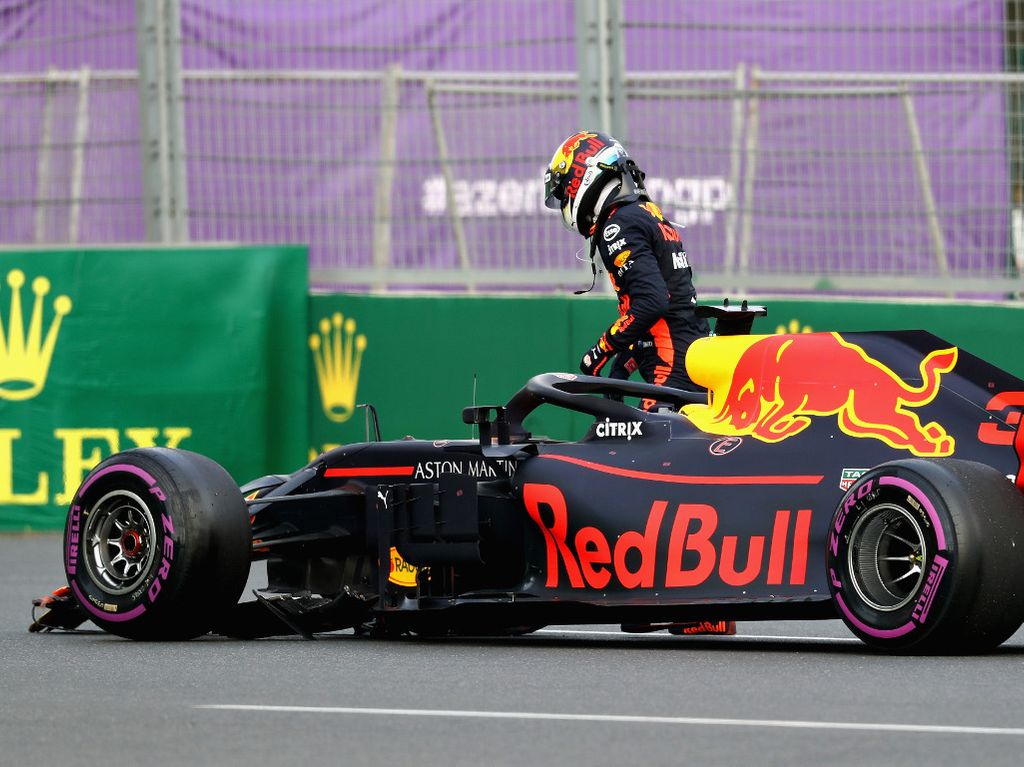 Daniel Ricciardo has revealed that Red Bull’s mishandling of last year’s Baku clash played a role in his decision to leave the team.

Last season Ricciardo and Verstappen found themselves battling one another all too often.

The team-mates, both vying to be top dog in not only their team, but on the betting sites too, refused to given an inch which led to exchanges of paint – most notably in Baku.

Ricciardo wasn’t impressed with Verstappen’s racing in the Azerbaijan Grand Prix and felt his team-mate was holding him up.

He tried to pass only for Verstappen to block him.

Ricciardo crashed into the back of the Dutchman.

Four months later Ricciardo announced he would be leaving the team at the end of the year, signing instead with Renault.

“I couldn’t tell you how many little pieces made up the puzzle, the kaleidoscope, but I guess that [Baku] was one of the little pieces,” he told Motorsport.com.

“We both got a talking to, putting it politely, but in my eyes, I felt like I was not really in the wrong even though I was the one that hit him.

“I think most people saw the double move.

“Even before that, there was a lot of contact and I think a lot of people thought it went on too long.

“I guess the way it was handled at the time didn’t sit too well with me, so that was like a little thing that bothered me.

“But it wasn’t the dealbreaker, if you know what I mean.”

The Red Bull bosses were furious with both drivers and ordered them to apologise to the factory.

Ricciardo, though, received most of the blame which he feels was wrong.

Asked if Red Bull had not handled the situation well, he replied: “Yeah. Handling the media I get, and it [Red Bull] is a big brand to look after. So again it doesn’t help if we both go off at each other and that.

“I kind of felt like there was a bit of equal blame. And maybe that is me being a stubborn race car driver, but I didn’t feel it was an equal incident I guess. That is the easiest way to put it.”

But while Ricciardo wasn’t happy with Red Bull’s attitude toward his then-team-mate, he says he has nothing against the Dutchman.

He added: “I don’t necessarily think Max was political. Just Max is Max. Even now it is done and I don’t need to be careful with what I say, it was actually pretty good.

“Look, some of the flamboyancy with Max, that is just with age as well, and I guess from that point of view I would expect less with Nico [Hulkenberg] just because it is a bit of an age gap and maturity.

“Nico has been around the block plenty of times. But going back to Max… I don’t think he was political. It was fun.”