Home News Ricciardo: ‘That was the race we expected’ 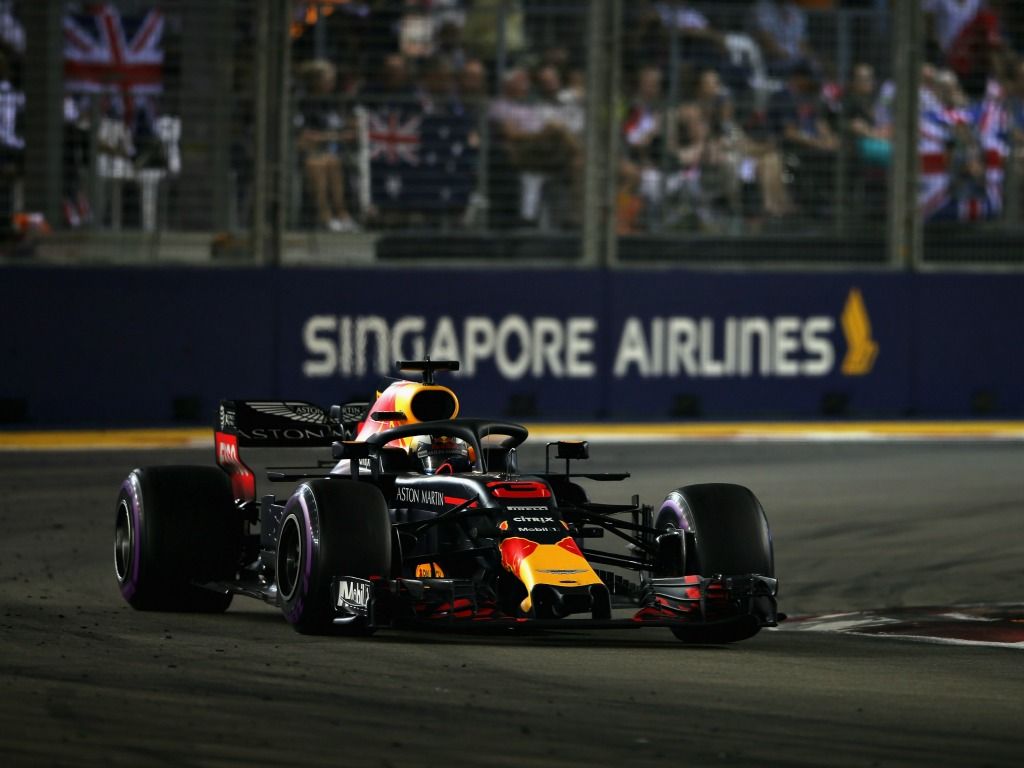 Daniel Ricciardo started in P6, and finished in P6 in the Singapore Grand Prix, admitting that his Red Bull team expected that to happen.

The top six all finished the race in the same position they lined up on the grid, with only Sebastian Vettel and Max Verstappen swapping places for a short period of time.

Ricciardo could not get past any of the cars in front of him, and was a bit dejected that he was not in the hunt for a podium.

“I would have liked to have worked harder, in terms of, fought for something more,” Ricciardo said after the race.

“Yeah, I think if you listen to what Seb [Vettel] and Lewis [Hamilton] complained about in Monaco, not being on pole, that is what I would say.

The Australian is referring to both Vettel and Lewis Hamilton saying that to win in Monaco, you pretty much have to qualify on pole.

“[With] street circuits, qualifying is so important and it is just so hard to, not only, overtake, but to follow now,” the Australian added.

“I had better pace, particularly at the end, to catch Kimi [Raikkonen] and Valtteri [Bottas].

“However, I couldn’t do anything with it. You get close but not close enough.”

With Singapore having the usual characteristics of a street circuit, overtaking was very occasional on Sunday afternoon.

“You lost the tyres and because it is so narrow, if they defend a little bit then there is really no chance,” he continued.

“Hoped for a better race but that was the race we expected.”

Ricciardo also had a word on the Pirelli tyres, saying that they were “sensitive” and that he was playing games towards the end of the grand prix.

“I was trying to play a little bit with Kimi,” he added.

“I saw he was on the back of Valtteri so I would push up to him and see if I could do something.

“I couldn’t so I would back off and then try again.

“So yeah, just trying to do something because sitting behind, there wasn’t much to do.”

Ricciardo remains in P6 in the Drivers’ Championship after the race, but is now 22 points behind Red Bull team-mate Max Verstappen.