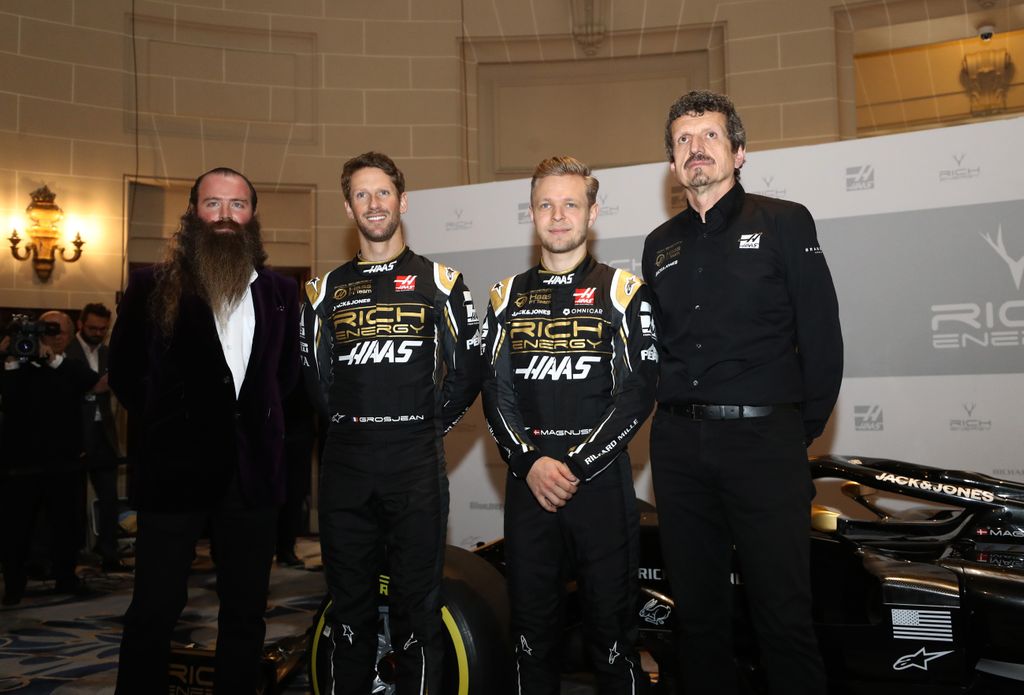 Rich Energy boss William Storey has compared attacks on the legitimacy of his company to denying that ‘man walked on the moon’.

The company signed a major sponsorship deal with Haas ahead of the 2019 season, with the new Haas VF-19 taking on a black and gold livery inspired by the energy drink manufacturer.

However, ever since Haas signed the deal with this elusive company, pundits and fans alike have questioned its legitimacy.

Haas team boss Guenther Steiner said previously that they had conducted their due diligence on its partner, and that a first instalment had been received by Haas recently.

Speaking to Motorsport.com, Storey said that the companies doubters were “obviously not on the same planet as you and me”.

“I think a lot of people have put two and two together and got five,” he added.

“I’ve heard these nonsense rumours, whatever, and it’s just completely risible. I just ignore it.

Storey believes he has a “better brand than Red Bull” and has taken Rich Energy into Formula 1 to prove it.

“At the end of the day when the tide goes out we see who is swimming naked, don’t we?

“Ultimately, I was very consistent from day one. Everything I’ve said has been the case.

“It’s interesting that all these so-called detractors have never met me and actually don’t know us at all.

“It’s speculation based on no information. Everyone who actually knew us and knew what was going on knew what we were about.

“All our detractors were not in possession of the facts.

“We think we’ve got a better product and brand than Red Bull and it’s fantastic to be able to compete with them on and off track.”