Home News ‘Mercedes hit back, Verstappen took it in stride’ 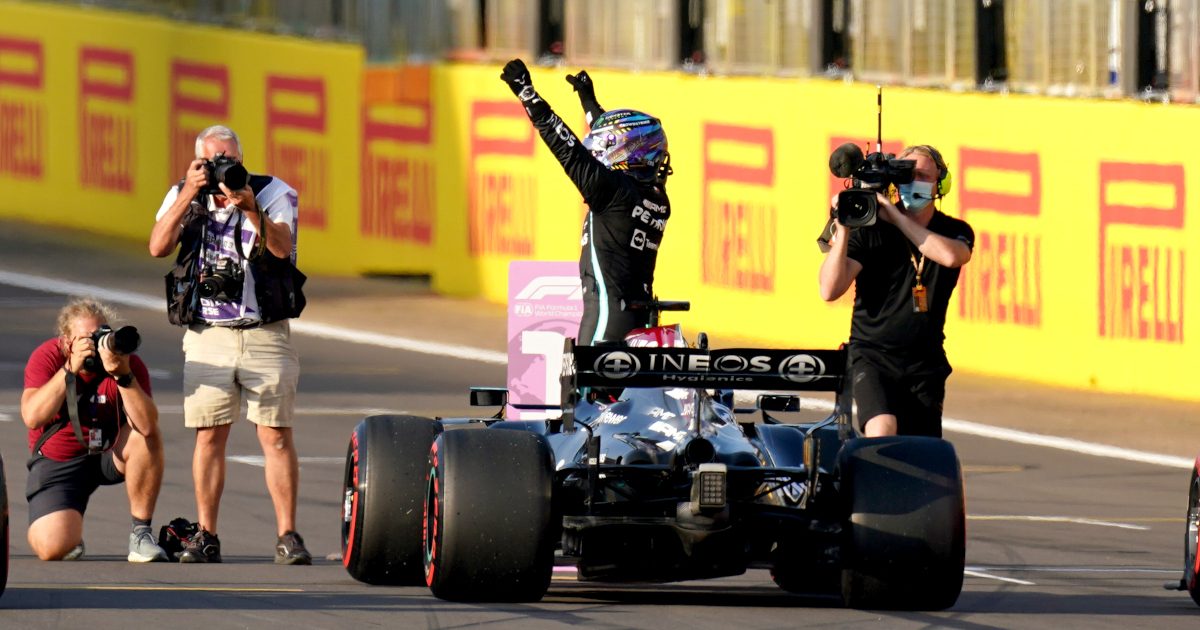 Celebrating Lewis Hamilton’s non-pole position at Silverstone as if it were a race win, Robert Doornbos says Mercedes “hit back” and Max Verstappen took it in his stride.

Almost eight-tenths down on Verstappen after Friday’s first practice for the British Grand Prix, Hamilton and his title rival went into Friday evening’s qualifying with the latter the odds on favourite to finish quickest.

It was a moment to celebrate from Mercedes, who, after two crushing defeats at the Red Bull Ring extended their run of winless races to five, arrived at Silverstone with an updated W12.

“They took a lot of blows,” GPBlog quotes former driver turned pundit Doornbos as having told Ziggo Sport, adding that it was important to “just hit back, in whatever way you can.”

Is that Bono’s best ‘GET IN THERE LEWISSSSSSS’ ever! 😂

The Dutchman was also impressed with Verstappen’s response to Hamilton’s P1.

Despite missing out on the fastest time in qualifying for the first time since the Azerbaijan GP, Doornbos said one can “also see how Max accepts that.

“He didn’t immediately start talking about Mercedes, but says they [Red Bull] should look at themselves and what they need to improve.”

The race weekend, though, is by no means over.

Saturday evening’s schedule will see the drivers take part in a 17-lap sprint qualifying race, based on Friday evening’s qualifying order, and the result of the Saturday race will determine the grid for Sunday’s British Grand Prix.

Doornbos isn’t worried that Red Bull are out of the fight.

“I think it will be fine,” he said. “It’s not the end of the world if you lose this by a few hundredths.

“Lewis has also just done really well by improving a little bit each session, and has a team-mate like Bottas, who says, ‘I’ll go out first to clear the air for you’.

“In that, you see that Formula 1 is a team sport, and that was maximally executed by Mercedes.”