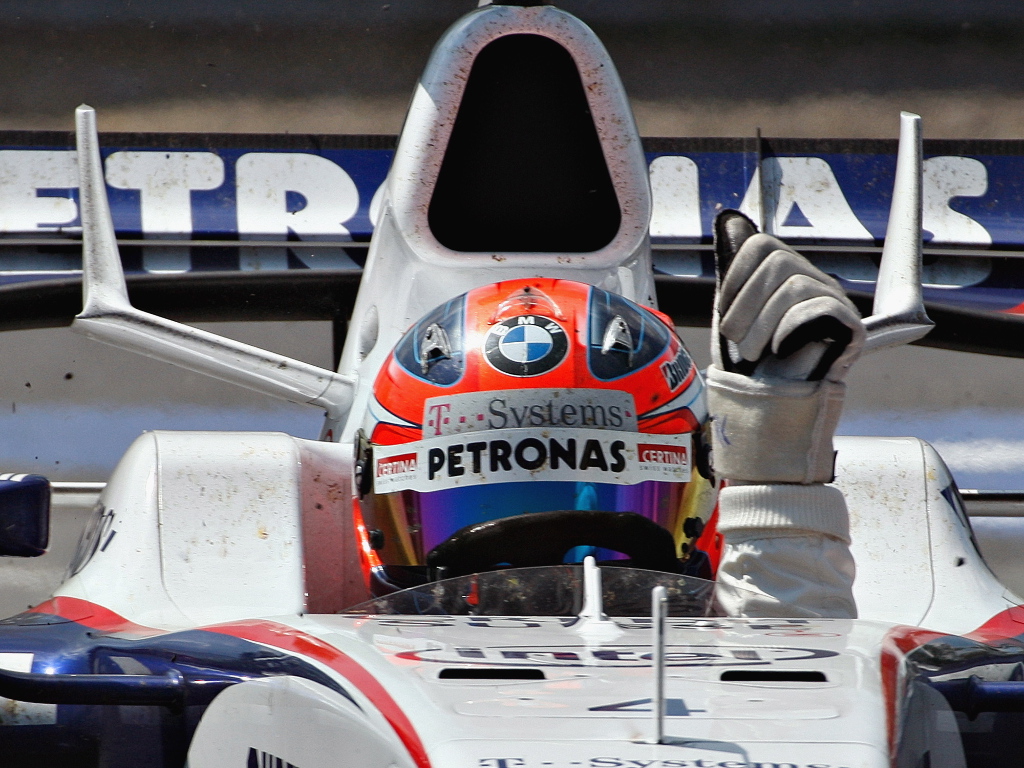 Robert Kubica admits he and his former mechanics still have regrets over BMW Sauber’s failure to truly get involved in the 2008 title fight.

Under the BMW banner the team improved dramatically and following his first and only F1 win at the 2008 Canadian Grand Prix, Kubica was leading the Drivers’ Championship.

But BMW would instead shift their focus to the 2009 car, causing them to fall behind Ferrari and McLaren.

Kubica scored only three further podiums that season and ended up P4 in the Drivers’ Championship.

2009 proved to be an underwhelming year for the team in what would be BMW’s final season in F1.

And Kubica admitted that he and his former mechanics still have regrets which haven’t subsided in the 12 years since over the team’s inability to stay in the title fight.

“I have exactly the same view as I did 12 years ago, because in the end I was involved, and I was in the situation where unfortunately I was feeling that this might be our only chance to fight [for the championship],” he told GP Racing.

“For whatever reason – the mistakes of others, [us] doing a better job at the beginning of the season – in the end, without the fastest car, we were still leading the championship.

“You have to use your opportunities, because you never know in life when you’ll get a second chance.

“I met some of the mechanics after 10 years, who were there with me, and they had exactly the same view. And they regret it, because in the end we didn’t get another chance.”

A P2 finish in Japan that year wasn’t enough to keep Kubica in contention for a title that was decided in the closing seconds of the last race in Brazil.

“This is racing, no one was dominating,” Kubica said.

“Ferrari and McLaren were stronger at some tracks than others, but had technical issues and made mistakes. That’s how I came to be leading the championship, and stayed in the fight so long, without the fastest car.

“I remember in Fuji qualifying sixth, with [team-mate] Nick [Heidfeld] 16th. We were nowhere with performance. But I led on lap one and finished second.

“I’m sure if we were racing the parts we’d tested three months earlier, I’d have won that race.

“I still have some regrets about it, but I also feel that I was fortunate to be in this position – because there are many talented drivers who never had that chance.”