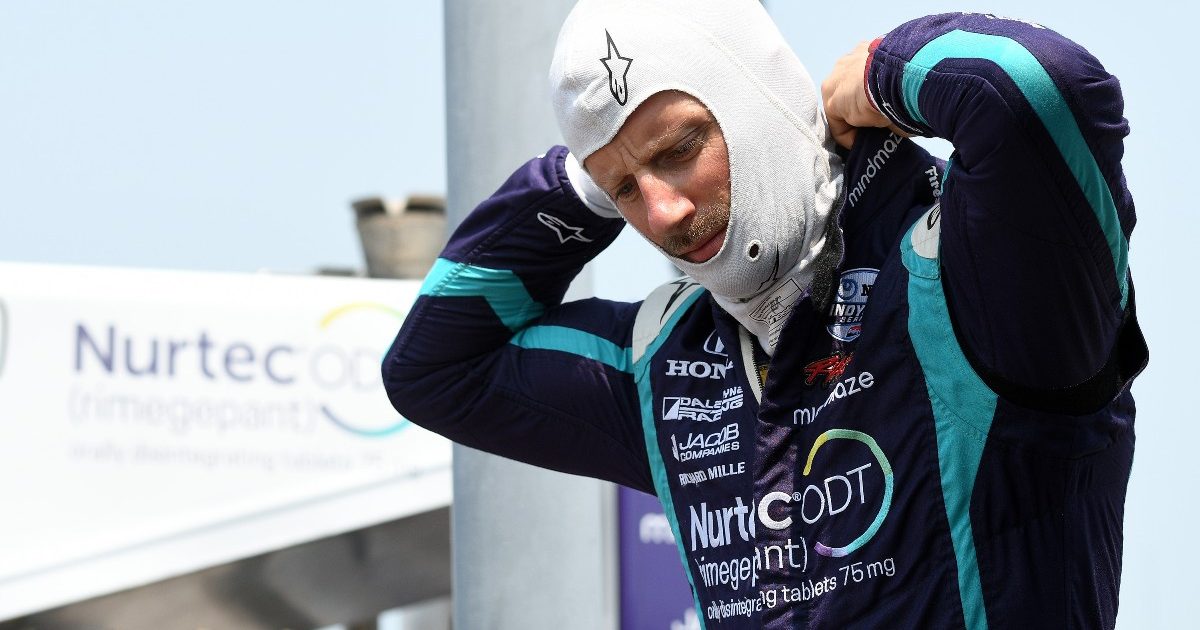 With his current contract coming to an end, Romain Grosjean is being linked with a move to IndyCar giants Andretti Autosport.

The Frenchman moved to the American series after being dropped by Haas at the end of the 2020 campaign, signing for Dale Coyne Racing, and he has been hugely impressive in his rookie season.

At Indianapolis, he took pole position and finished the race in P2, claiming his first podium, before also finishing in P5 at Road America.

It looks like parties are taking note of his strong performances too, with increasing rumours that he will replace Ryan Hunter-Reay at Michael Andretti’s team next season.

Dale Coyne understands why his driver would want to make that move, but is still hopeful that he’ll stay where he is.

“I think he’s happy with us, although I realise lots of people are looking at him right now,” Coyne told Autosport.

“Andretti’s team is good, and I understand a driver wanting to go there but I think we’re doing a good job for him, too. He’s been quick everywhere we’ve run him, in qualifying and the race, which shows he’s pretty complete. But you need to have the car to get the job done, and I think he’s helped show that we’re pretty complete.

“He and Olivier [Boisson, race engineer] have good chemistry, and that’s throughout the team, everybody here. This team feels like a family, we’ve heard that from a lot of drivers, and they like that. And this family likes Romain and his family very much.

“So we’re still talking and I hope we stay together.”

Another option for Grosjean going forward could be McLaren.

The British team have announced they will be taking on an increased 75% stake in IndyCar team Arrow McLaren SP at the end of 2021, and Zak Brown has confirmed they will be adding a third driver to their lineup.

The American stated a very small shortlist has been drawn up, and both Grosjean and former Haas team-mate Kevin Magnussen have been rumoured to be on it.

“This is very much a driver championship as much as it is a team [championship] – that’s what makes it so exciting,” he said.

“So we have to make sure that we get the right pilot in the race car, and there’s not a lot of them on the market. We’ve got a very short list, and if we can land someone that we think is capable of winning we’ll go for it in ’22.”