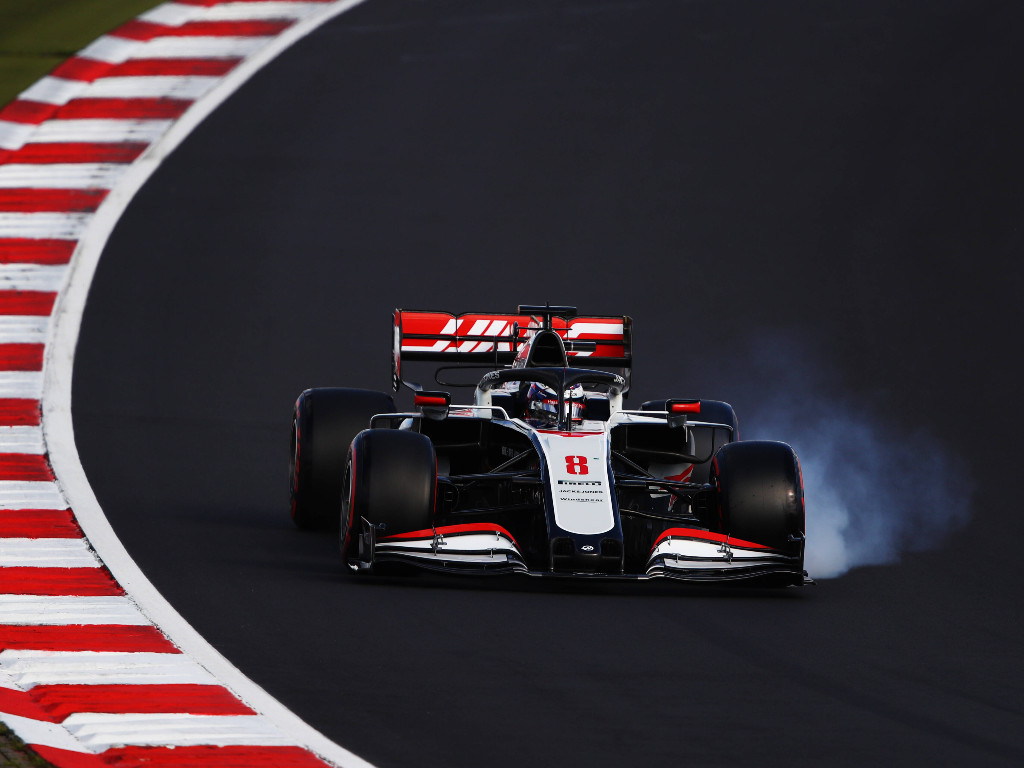 Haas’ Romain Grosjean feared that a piece of gravel had broken his finger during the 2020 Eifel Grand Prix.

The Haas driver went on to collect his first points of the season with a P9 finish, but he certainly suffered for the reward.

That’s because Kimi Raikkonen’s trip through the gravel caused a piece to hit Grosjean’s finger at speed, by which point he had already fallen to the back of the pack.

The Frenchman feared his finger was broken, but thankfully that doesn’t seem to be the case.

“I was understeering and Kimi went in the gravel and it hit me in the wrong place and was quite painful initially,” he told reporters at the Nurburgring.

“I thought it was broken initially, there’s a big bruise on the knuckle. But for a few laps I was driving with a straight index finger.”

Grosjean managed to make a one-stop strategy work, a feat even more impressive considering the late Safety Car which left him under heavy pressure in the closing stages.

“I’m very happy for everyone [in the team] and for all the strong work we’ve done recently,” he said.

“Since Silverstone race 1 we’ve been really nailing the car and getting better and the stars aligned today.

“When the Safety Car came that was not really good news for me, but we managed to get some temperature back in [to the tyres] and hold onto P9. So that is good news.”

"It’s a good feeling again to come away with points. Hopefully we can have more of that this year."#EifelGP #HaasF1 pic.twitter.com/JbN9Ei03Cl

Grosjean’s team-mate Kevin Magnussen finished outside the points in P13 and felt like an opportunity had been missed.

“Today was one of those races that gave some opportunities, so missing out on that was disappointing,” he told the Haas website.

“We were on the wrong strategy, but there was no way to know that before the race. We chose the strategy that we thought was going to give us the best chance – but then the race just didn’t really come our way.

“I had some early front wing damage as well, so all-in-all it just really wasn’t my day – that’s racing.”

As a result of his P9 finish Grosjean has moved ahead of Magnussen in the Drivers’ Championship.

Grosjean now has two points to Magnussen’s one as he jumps up to P17 in the standings, while Magnussen drops to P18.

Only the Williams pair of Nicholas Latifi and George Russell are behind with both drivers yet to get off the mark.