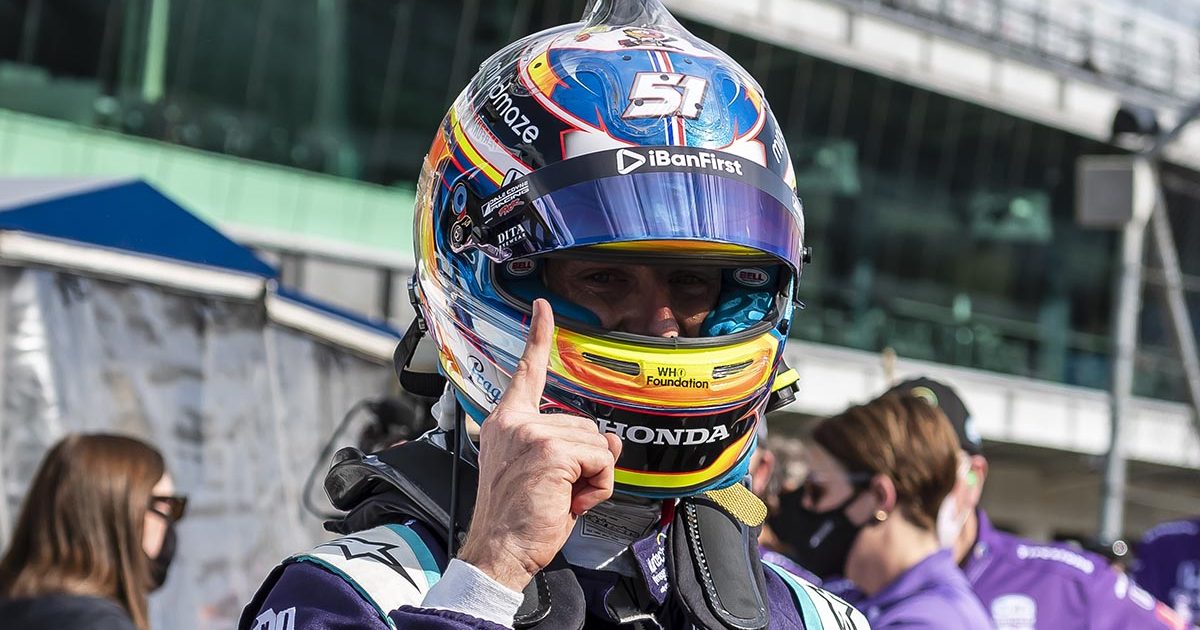 Romain Grosjean said it was like “being alive again” after he clinched his first career pole in over 10 years with P1 at IndyCar’s Grand Prix of Indianapolis.

The last time the Frenchman experienced what it is like to be on pole position was all the way back in his GP2 days, but the drought is now over in only his third appearance in IndyCar.

He beat the extremely established IndyCar driver Josef Newgarden to pole position by just over a tenth and said it is experiences like these that he has “completely forgot” about over the years of being in Formula 1.

“You know, even through the last few years that have been tough in terms of results, I take the example of Germany last year where I finished ninth, with the Haas car, that was quite special,” Grosjean told reporters in Indianapolis.

“I think Germany 2018 as well, we were like 12th after the last safety car. I came back finishing sixth or something in the last 10 laps, that was quite cool – even though you’re not winning, you’ve got that feeling.

“The days that I completely forgot about is when you get to race weekend, you got those butterflies because you know if you do everything right, you may end up on pole or trying to win the race. That’s definitely something I had no chance to do over the last few years.

“It feels really good to be in IndyCar on a field that everyone got a chance to go for it.

The Indianapolis Motor Speedway’s road course track was used by Formula 1 in 2000 and 2007, albeit in a modified layout, but Grosjean could still use that to his advantage and felt at home on this particular circuit due to its familiarity.

“I can tell it was actually designed for Formula 1, the way the kerbs are, the layout and the corners,” Grosjean revealed.

“I knew I was going to feel OK on the track quite quickly, whereas [the street circuit at] St. Pete takes a little bit more time to learn. Barber, a few tricks there that you need to understand. Here for me it’s a bit more straightforward.”

Grosjean will try to convert pole into a race win with the race set to get underway at 1945 BST on Saturday, May 15.