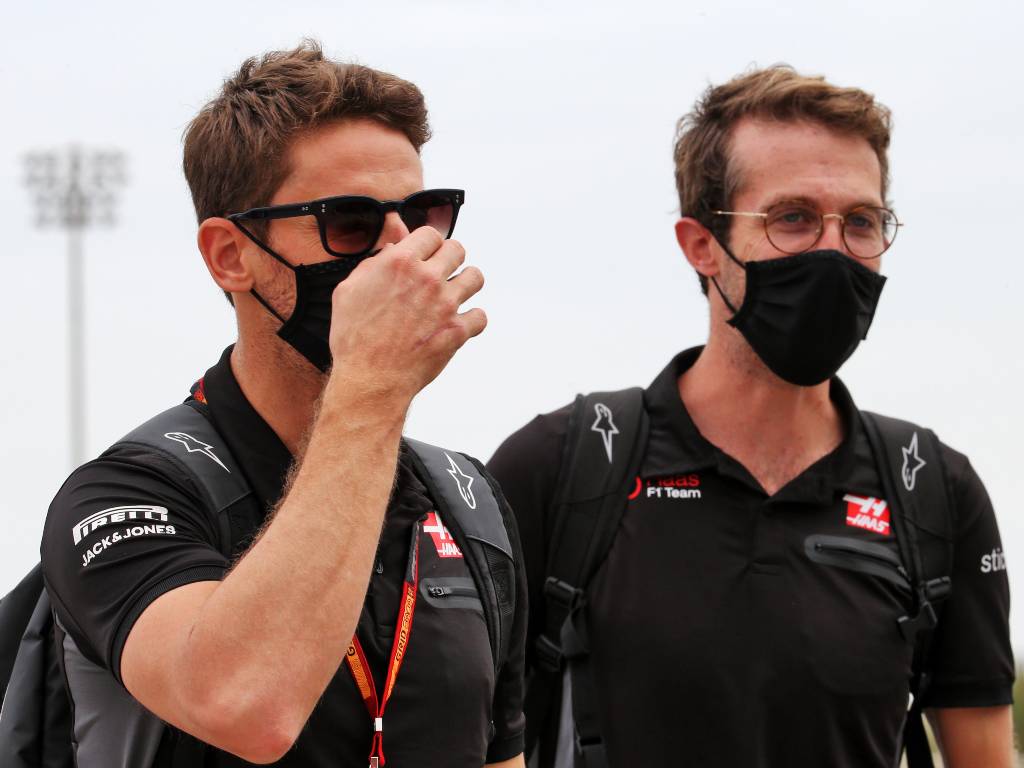 And the Frenchman posted an encouraging social media image showing his injured hand, saying he “almost cried” when told he no longer needed the full dressing and had use of his finger.

My right hand this morning. The happiness I had when I was told that I didn't need the full dressing anymore and could use my finger was huge. Almost cried. A victory on my way to recovery pic.twitter.com/QuZojM1mZe

Grosjean miraculously escaped with minor injuries when, on the opening lap of Sunday’s race, his Haas car clipped Daniil Kvyat’s AlphaTauri, speared into the safety barrier at 137mph, split in two and the front section, containing the driver, burst into flames.

In less than 20 seconds, the 34-year-old had clambered out of the burning wreckage to be helped into an ambulance by F1 chief medical officer Dr Ian Roberts and medical car driver Alan van der Merwe.

Since Sunday evening, Grosjean has been keeping the world updated on his progress from hospital, including giving his first video interview on Tuesday in which he said he “saw death coming” and that he had been “marked for life” by the accident.

A Haas team statement read: “Romain Grosjean was discharged from the care of the Bahrain Defence Force (BDF) Hospital at 10.30am local time (0730 GMT) Wednesday.

“Grosjean will continue private treatment for the burns suffered on the back of his hands and will remain in Bahrain for the time being.

“On behalf of Romain Grosjean and the entire Haas F1 team we extend our thanks to all who have tended to him at the BDF Hospital.”

Starting the day off with some excellent news 👍#HaasF1 pic.twitter.com/QW54OXKAah

Haas have already announced that their reserve driver Pietro Fittipaldi will replace Grosjean for the Sakhir Grand Prix weekend, which takes place on a different, shorter configuration of the Bahrain International Circuit.

No decision has yet been confirmed about whether Grosjean will be able to make his farewell to the Haas team in the season-ending Abu Dhabi Grand Prix.

It was announced in October that Grosjean and Kevin Magnussen were being released by Haas for 2021 and their successors have now been confirmed as Nikita Mazepin and Mick Schumacher.

Team principal Guenther Steiner revealed on Tuesday that Grosjean remains keen to race in Abu Dhabi, but that will obviously depend on how quickly his injuries heal.

Grosjean, meanwhile, tweeted a message to Schumacher which read: “Welcome in F1 Mick. You will be racing with some incredible [lesson] in the team. Look after them and they will give it back to you at 1000%.”