Home News Grosjean: It had to be me that spun 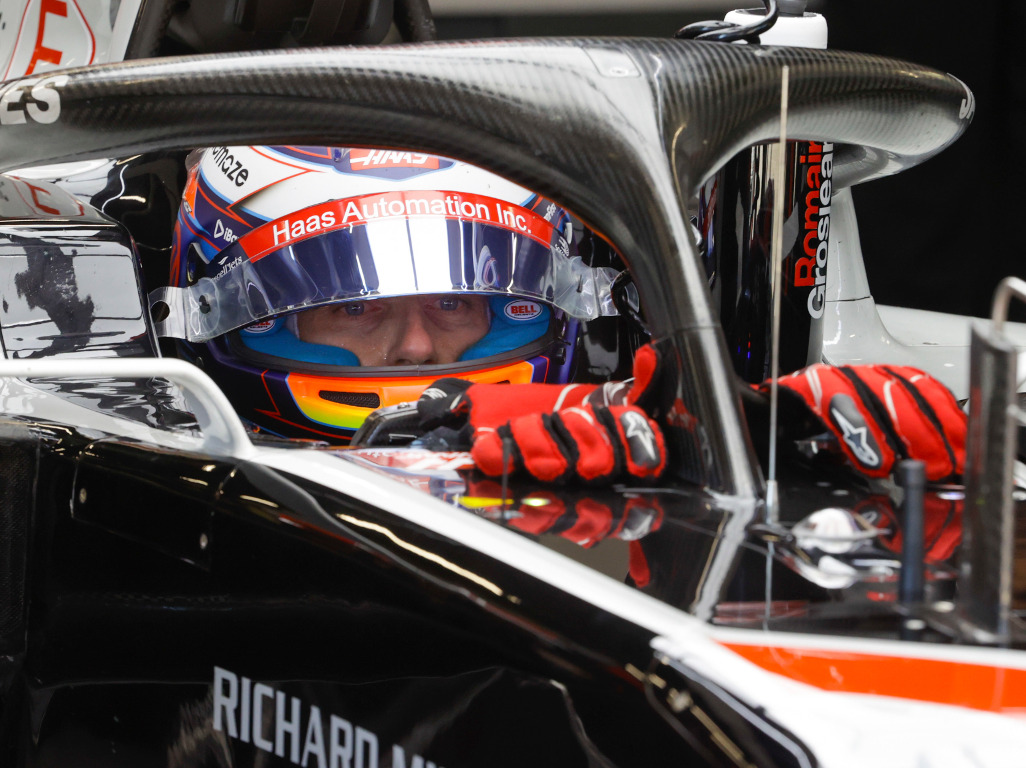 Romain Grosjean was the first driver to hit the wall in pre-season testing, spinning his Haas and damaging the rear wing.

The Frenchman was the busiest driver out on track, laying down 158 laps.

That, though, proved to be one too many.

Grosjean got it wrong on his 158th lap, spun through Turn 3, dropped into the gravel and whacked the wall.

“I spun, it had to be me that spun!” he told Formulaspy.

“I don’t think I’ll be the only one. I’m not the first one, but there just wasn’t enough space there.

“The temperature dropped at the end of the day and the tyres went out of the window.

“We had planned another 20 laps, some 180 in total – with two days taken away from eight last year, that’s a big chunk to lose and we’re trying to do as much as we can.”

The impact damaged the VF-20’s rear wing, bringing Grosjean’s very long day out on track to an abrupt end.

“You can train your neck as much as you want at home, but your neck is always going to go at some point,” he said.

“I feel OK in the car and the stint i was on was actually going very well. I just lost the temperature in the tyres.

“We went through a lot of the programme, tried as many things as we could in one day and there’s more to try tomorrow.

“We’re not looking to make the car over one lap or setting it up, we’re just testing every single option and see what they do, and work on the correlation issues we had last year and make sure we’re in line and happy with that.”

As for Haas team boss Guenther Steiner’s thoughts, the look said it all.

“We wanted to do the whole days distance but think we were about 20 laps short,” said the boss.

“Romain was pretty clear that the tyres just slipped and the lap before he did the same. The lap before we looked at the data and it just snapped.

“He said it was spinning and going back on the track he hit something but the damage is not big. Surely the rear wing is damaged but nothing else, the suspension is good. The car will be back tomorrow without an issue.

“Obviously, doing this amount of laps you plan for it but you don’t expect it because we have had two very good days. Yesterday, we did 100 laps, today we did almost 160 – it was a very good day and we learned a lot.

“Sometimes we do really expect to do this much and to do better than we expected.”