Home News ‘For financial reasons, I need both of you out’ 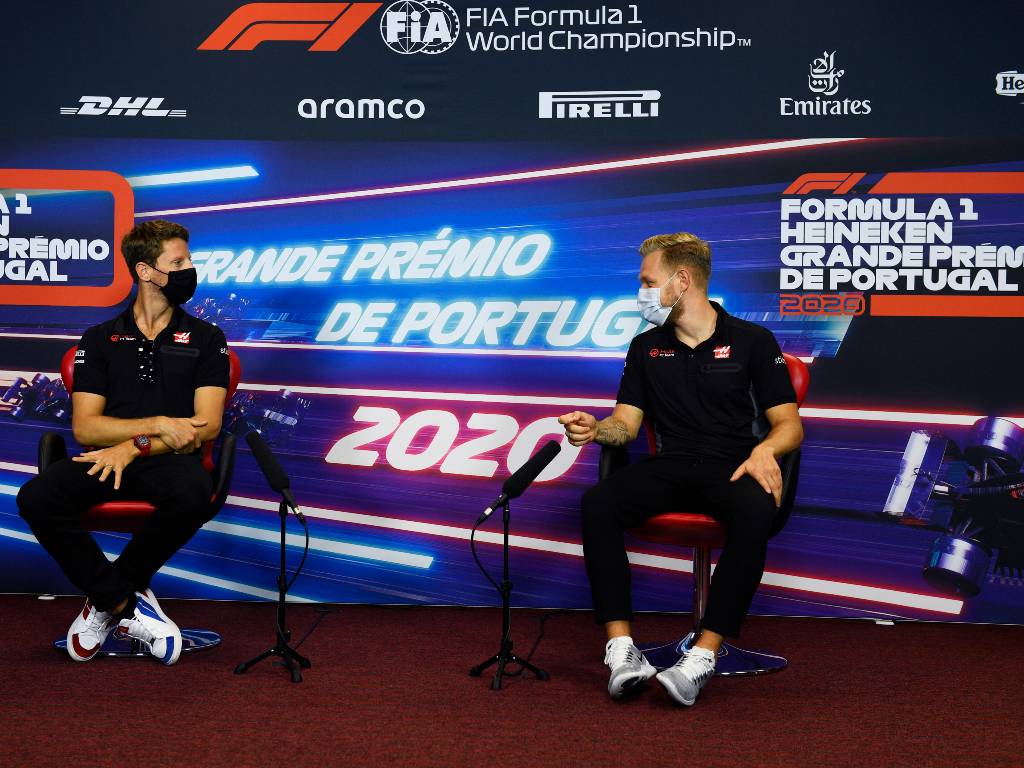 It was no great surprise, but confirmation came on the eve of the Portuguese Grand Prix weekend that Haas were releasing Grosjean and Kevin Magnussen at the end of the season.

The likelihood is that the American-owned team will hire two new drivers, potentially rookies, who can bring more in the way of much-needed sponsorship revenue to the team.

Mick Schumacher and Nikita Mazepin, who would both be stepping up from Formula 2, are the names being most strongly linked.

Asked during his pre-race press conference at the Algarve International Circuit whether he had been surprised by the decision to let both drivers go, Grosjean said: “Yes a little bit.

“I said to Guenther when he called me that I was expecting one of us [to leave] and he said ‘no, for financial reasons, I need both of you out’.

“So, fair enough, I fully understand. It’s been a tough year with Covid in a lot of industries and companies have suffered from it. The team is going a different path and I wish them luck and the best for the future.”

From his own perspective, Grosjean expects his F1 days to be over at the end of the season, although he is refusing to completely give up hope.

“It’s a big change coming, I guess, for me,” he told Sky Sports F1. “Most likely Formula 1 is closing its doors – there aren’t many seats left available. It’s never impossible, never say never, so we will see if there is any bounce-back one way or the other.

“But also there are other challenges I think I am ready to tackle in different categories. I guess after 10 years of Formula 1 you have learned a lot and I’ve achieved a lot. I’m happy with what I’ve done.

“If I could go back in time there’s obviously a few races where I would act differently. I’ve got my weakness and my strong points and if you give me a winning car we will win the race.”