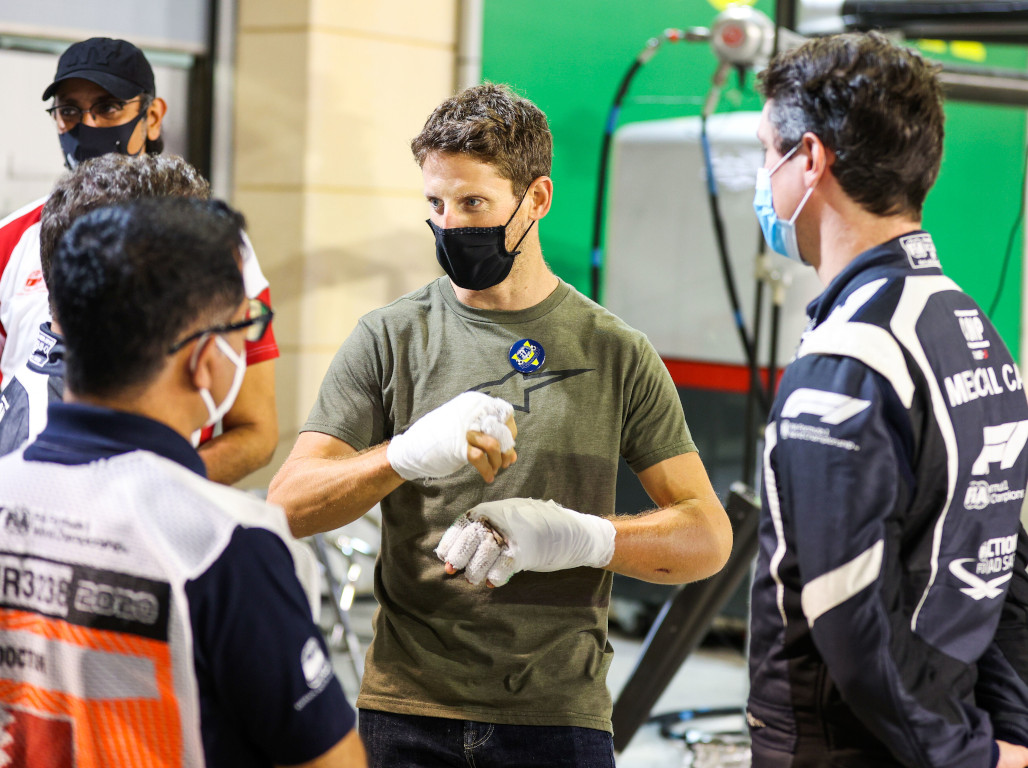 Romain Grosjean has revealed he is poised to undergo surgery on his left hand following his death-defying crash in the Bahrain Grand Prix.

The Frenchman made a miraculous escape after his Haas car clipped Daniil Kvyat’s AlphaTauri on the opening lap, speared into the barrier at 137mph, split into two and the front end, containing Grosjean, burst into flames.

Fortunately, apart from burns to his hands and a sprained ankle, the 34-year-old driver was unharmed, although he had to miss the final two races of his five-year spell with the Haas team and his F1 career is now expected to be over.

Grosjean’s hands were in bandages when he returned to the Bahrain International Circuit paddock four days after the horrifying incident.

“I could almost live normally with my right hand already,” Grosjean told RTL, quoted by GrandPx.news. “The only problem is that it is quite painful in this cold weather.”

Regarding his left hand, he said it will take “another three good weeks” for the burns to heal.

“But there are small victories every day,” he added. “The first is that I 99.9% don’t have to have a [skin] graft, and I also have my little finger out of the bandage now,” said Grosjean.

“I do need to go to the operating room this week because the ligament of the thumb was torn off, so it will mean between four and six weeks of immobilisation of the thumb.

“Apart from that, I have joked with friends that I will not be a hand model next, but honestly it’s nothing compared to what could have happened in that accident.”

While Grosjean decides what the next step is to be in his racing career once he is able to drive competitively again, unfortunately he will be denied the chance of a last exhibition spin in the Haas for old times’ sake.

Haas team principal Guenther Steiner said: “Unfortunately we don’t have any old cars [available] because we don’t have power units.

“We have plenty of old cars but they have no engine, so we cannot do that unfortunately.

“Maybe in the future we’ve got something, I don’t know. But at the moment, I couldn’t make that promise.”

Steiner suggested the best option might be for Grosjean to ask Haas’ engine supplier Ferrari to give him a final fling because they do have such a facility, while Toto Wolff has indicated a run in a Mercedes could be a possibility.