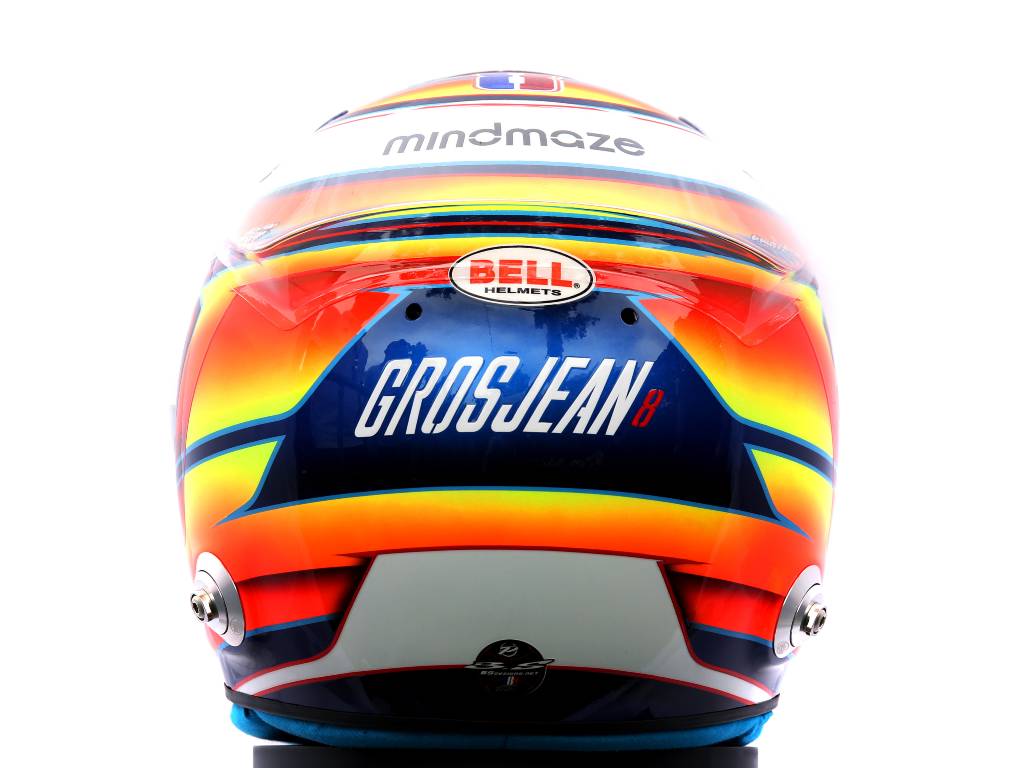 Rather than having “melted” as was earlier claimed, Romain Grosjean’s helmet visor was “perfectly fine” amid the fiery wreckage he escaped from in Bahrain.

F1 chief medical officer Dr Ian Roberts, who was quickly on the scene of the Frenchman’s horrifying crash, had said the visor “was completely opaque and in fact melted”.

But that has been denied by Bell, the helmet supplier, whose CEO, Stephane Cohen, insisted there was no flaw in the performance of his product while the incident was evolving.

Cohen said that upon inspection of Grosjean’s helmet, it was evident it had “performed exactly as it was expected to perform in such circumstances”.

He also told RaceFans: “In terms of the fire resistance, everything behaved normally. The visor was perfectly fine.

“The only thing that melted were the tear-offs that were stuck on the external side of the visor. That rendered the visor quite opaque, especially on the left side of the helmet where the fire was coming.”

Grosjean’s helmet also helped to protect his lungs from the kind of damage Niki Lauda’s suffered in his terrible crash at the Nurburgring in 1976.

Cohen said Bell were “very proud” of how their helmet had worked in that respect and added: “Once you are standing still there is very little circulation of air coming from outside to the inside of the helmet, which is a very important area for us.

“That’s where Bell can proudly say that not only do we meet but we exceed the standard expectation.

“Because in this kind of accident, when you stay more than 25 seconds in the fire, you are liable to inhale some hot gases, vapour fumes that will create lung damage. And it didn’t happen. Nothing went inside the helmet.

“So we are very happy with the way the helmet performed in these unexpected conditions.”

The performance of Grosjean’s helmet is just one of the reasons why he was able to walk away from a crash which at first glance appeared impossible to survive.

It is now being studied by the FIA, along with other evidence, to piece together exactly what happened and learn what further improvements can be made to keep drivers safe in future crashes.

Cohen added: “As a community – the FIA, the helmet manufacturers and everyone involved in safety – we can be proud that although there was a massive deceleration, Romain was always conscious.

“He wasn’t knocked out by the impact and was able to walk out of the car, as everyone knows.

“Can you imagine if he had been unconscious? It would have been a totally different result.”