Home News Grosjean ‘a bit jealous’ but happy for Gasly 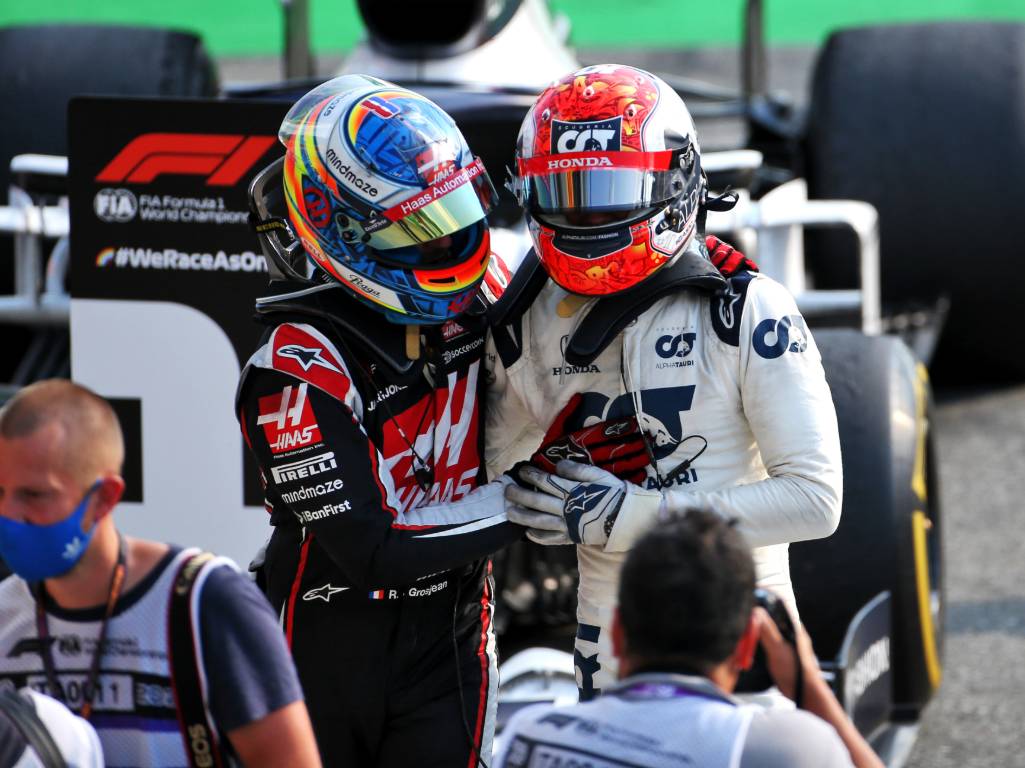 Romain Grosjean has admitted he was “a bit jealous” that Pierre Gasly had beaten him to becoming the first French driver to win an F1 race since 1996.

Gasly ended 24 years of hurt for France when he pulled off a remarkable triumph in the Italian Grand Prix at Monza, capitalising on a Safety Car, a red-flag period and a stop-go penalty for leader Lewis Hamilton.

It’s several years now since Grosjean had a realistic chance to emulate the victory of his and Gasly’s compatriot Olivier Panis at the 1996 Monaco Grand Prix. Grosjean was a regular podium finisher during his days with Lotus, especially towards the end of the 2013 campaign.

But while the Haas driver admitted to a tinge of envy, he was still delighted for his fellow countryman who had endured a roller-coaster last 12 months or so – being demoted by Red Bull, losing his friend Anthoine Hubert in an F2 crash at Spa and then rebuilding his career with AlphaTauri.

“I was genuinely very happy for Pierre,” said Grosjean during the drivers’ press conference on the eve of the Tuscan Grand Prix weekend at Mugello.

“Obviously also a bit jealous because I was close to the win three, four times and there weren’t any French wins for a long time. But I think Pierre deserves it and he did a mega job.”

Grosjean also hailed the effect of Gasly’s win on the sport of Formula 1, not only in France but worldwide.

“Obviously, yes, it’s going to be a big thing in France and has been,” he added. “I’m hoping the TV audience and the fans and so on, they follow even more.

“But I think the big thing is to make the Formula 1 show happening [more] in general and we have more races like Monza.”

F1 stays in Italy for the Tuscan Grand Prix at the new venue of Mugello, an unknown circuit to some drivers but not Grosjean who tested there for Lotus in 2012 – and loved it.

“Absolutely mega,” was his description. “It’s probably one of the best circuits in the world, up there with Suzuka and Spa and, for myself, Interlagos that I really like.

“Very, very high speed, a lot of corners where you go into it thinking ‘is it going to be flat or not’, not much run-off areas, so it brings that adrenalin rush that you want – an absolutely amazing circuit.

“I think it’s one of those tracks where even if you’re not competitive you can enjoy driving a Formula 1 car, which is a positive knowing we haven’t been fighting at the front this year.”