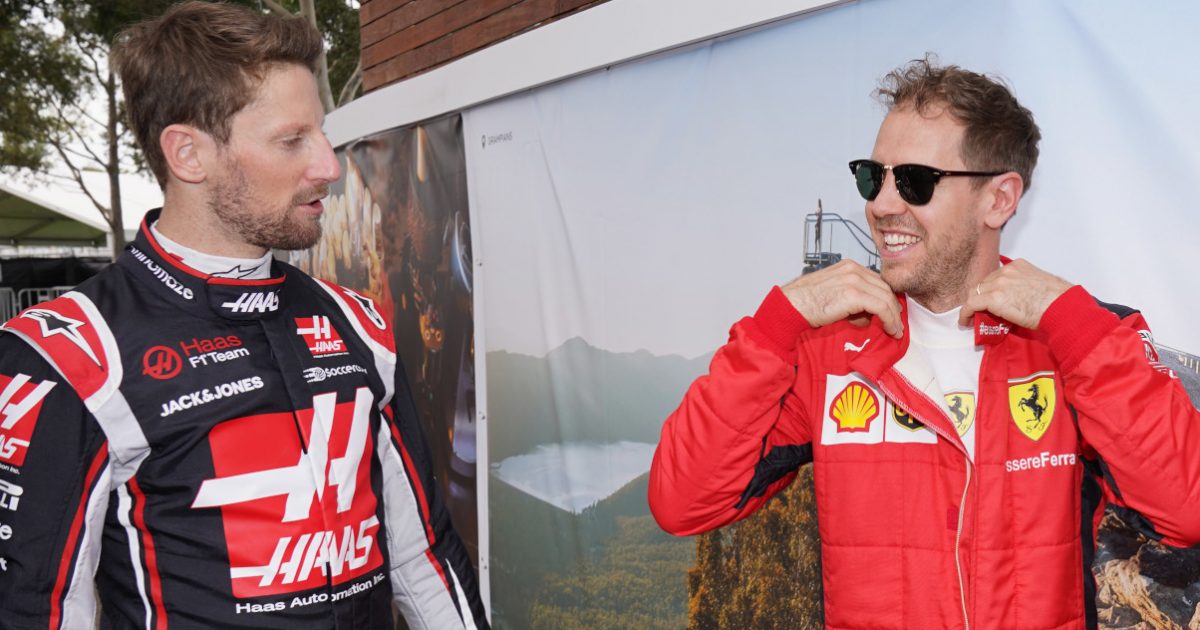 Sebastian Vettel was one of the first to visit Romain Grosjean in hospital after his fiery Bahrain GP crash, and told the Frenchman to “go home and rest”.

Grosjean suffered a horrific accident at last year’s Bahrain Grand Prix, the Haas driver crashing into a barrier at speed, his car splitting in two and bursting into flames.

28 seconds later he climbed from the wreckage, miraculously suffering only a few burns and a torn tendon in his left thumb.

He was taken to hospital for immediate treatment, visited the next morning by Vettel.

But while Grosjean was keen to get back in the car immediately, Vettel, also a father of three, urged him to go home and be with his family.

“On Monday, November 30, I woke up at six in the morning,” he said in his autobiography, ‘La Mote En Face’, written by the driver and his journalist wife Marion Grosjean.

“Someone arrived very early and in a rather unexpected way: Sebastian Vettel. He was worried about me.

“Seb is probably the driver that I feel closest to. He is living the same life as me with his three children and wants to protect that life as much as possible.

“When I told him I wanted to race the last race he said, ‘No, you need to go home and rest!’

“I explained to him that it was the end of my career and that I did not want to end this way.”

Grosjean had previously spoken of his need to get back in the car, the Frenchman wanting to take part in the season finale in Abu Dhabi.

Speaking to L’Equipe shortly after his crash, he said: “I actually started working [on Tuesday] evening with my psychologist. But my desire, immediately, was to get back into an F1 car.

“I thought of Abu Dhabi – sorry Marion – but I need it for myself: to know if I am capable of it, know what I’m going to feel, how I’m going to react.

“I have to do everything to try to get back in the car. If the doctors tell me it’s not possible, I will listen to them but I must try to come back up. I must be selfish.”

His injuries though, meant he was unable to, the driver forced into an early retirement from F1.