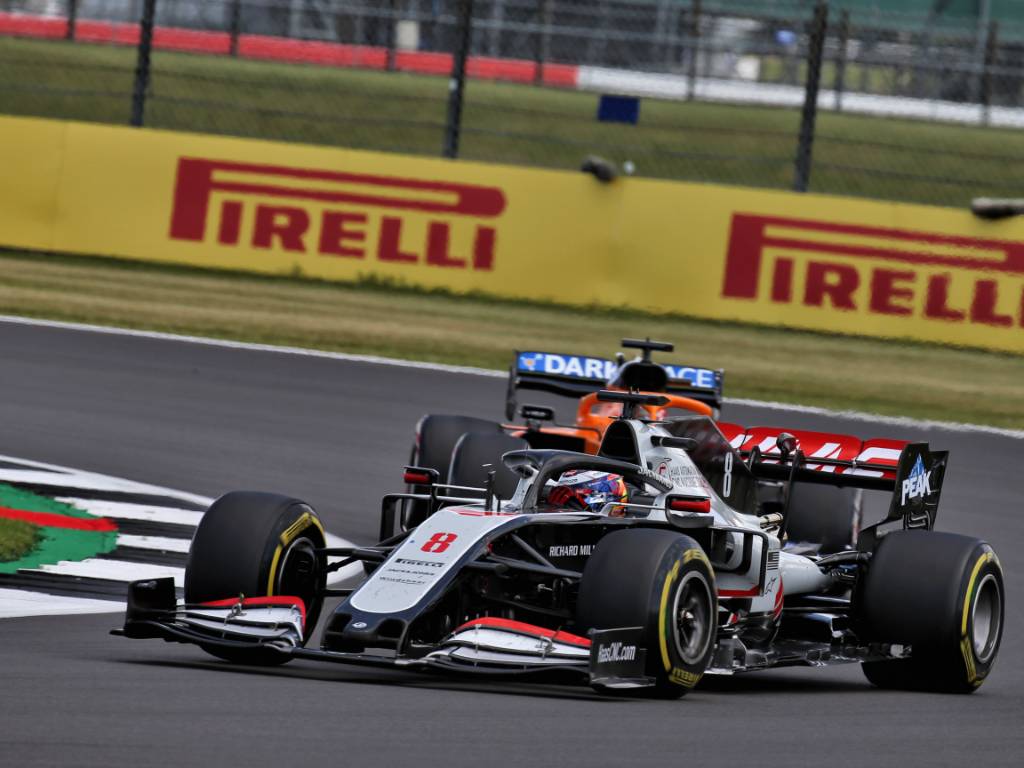 After being shown the black-and-white flag during the British Grand Prix, Romain Grosjean has received a formal warning for weaving.

The Haas driver was involved in incidents with Carlos Sainz and Daniel Ricciardo, both of whom found the Frenchman changing his line in front of them as they attempted to overtake.

The Sainz example led to the black-and-white flag for Grosjean’s “unsportsmanlike behaviour” and the stewards later decided a formal warning was necessary – although no penalty points were issued.

“The stewards reviewed this case with Grosjean and Ricciardo. They also reviewed the video of the incident between them. Grosjean explained that in both cases his moves were before the braking zone, although in the second case it was closer.

“When it was put to the drivers that these were late moves in relation to the approaching car, or “Movement in Reaction” and also potentially dangerous, they agreed on this as a general principal.

“Ricciardo agreed that this situation, while close, was manageable by him as the following driver.

“The Stewards issued a Warning, with the admonition that late movement in reaction to drivers following is also considered potentially dangerous and will be scrutinised by the Stewards.”

Over the team radio, Ricciardo had referred to Grosjean’s move as “sketchy”. But the Haas driver was defiant about his defensive tactics.

He told Channel 4: “I don’t care. I’m sorry if I did anything wrong, I haven’t seen the footage. I don’t see much in my mirrors and the closing speed with DRS is big so sometimes it’s hard to judge.

“But again, I always leave more than a car’s width. But nobody had to back off from the move and both went through, so…

“Again, if I did anything wrong I am sorry but I also have to defend myself and push my race.”

After leaving his pit stop late, Grosjean was running as high as P4 at one stage but dropped down the order as his tyres wore out, resulting in those passes by Sainz and Ricciardo, and ended up finishing P16 with only Kimi Raikkonen behind him of those still on track.