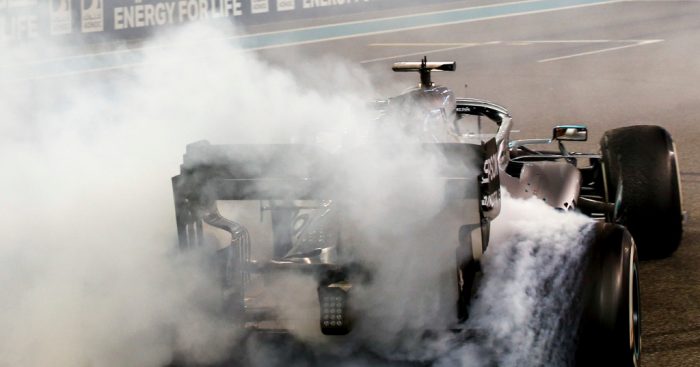 Putting in arguably the best drive of his season in Abu Dhabi, Nico Rosberg believes Lewis Hamilton learned lessons from his 2016 which the German says was set up in 2015 already.

Hamilton beat Rosberg to the 2015 Drivers’ Championship, wrapping it up with a race win at the United States GP.

That, though, would be his last win of the season.

Hamilton was runner-up in the final three races, beaten by Rosberg, a welcome confidence boost for the German.

So much so that Rosberg carried that through into the 2016 season, winning four on the trot and set himself up for a first and only World title.

The former F1 driver reckons that was a lesson for Hamilton.

This year the Brit secured the title in Austin before adding an emphatic 11th win of season in Abu Dhabi.

“It’s so important to end the season on a high because you go into the winter break on a high,” he said on his YouTube vlog.

“You know the saying in F1, ‘you’re only as good as your last race’ so if you finish the season on a high, that’s how you do the winter break.

You have confidence and you start the next year by hitting the ground running.

“I think Lewis has learnt his lesson there because in my time he sort of dropped the ball at the end of the season when he sealed the championship and that let me win the last three races and that gave me a springboard into the following year.

“I was full of confidence and he was on the back-foot so he learned a lesson from there.

“I think he stayed on it this year all the way to the end because these races count for next year.”