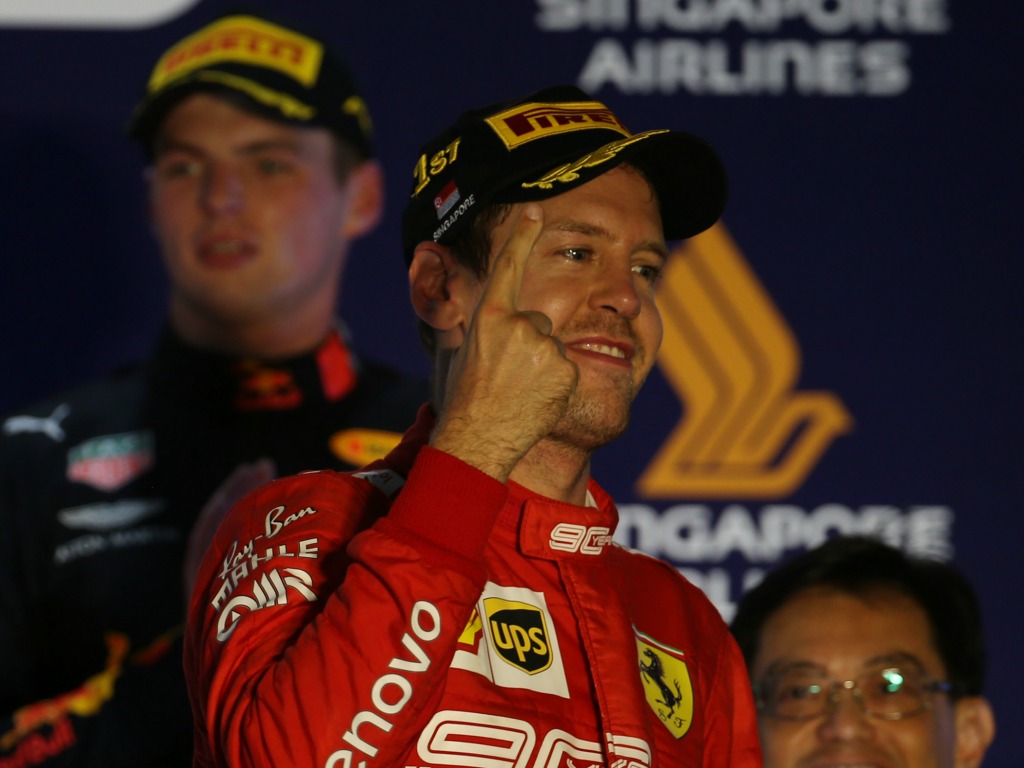 Nico Rosberg heaped praise on Sebastian Vettel claiming that his out-lap in the Singapore GP was “one of the best laps he has ever done”.

Ferrari were able to perform the undercut with Vettel on his team-mate Charles Leclerc as the German went on to win for a record fifth time at the Marina Bay Street Circuit, much to Leclerc’s frustration.

That was Vettel’s first win in over a year, and Rosberg praised his compatriot for overcoming the mounting pressure on him to claim victory.

“Vettel has done a really good weekend in these difficult circumstances. The criticisms of him were so hard and he lost a lot of support, even from his team internally, his family, Ferrari being his racing family, that is really hard,” Rosberg said in his review of the Singapore GP.

“It’s tough for a driver when you feel that everyone is supporting the young gun, the up and coming star, and you’re losing the support even though you get paid so much more salary.

“With all that pressure he was driving really well and even in qualifying he was on it, didn’t quite get it [pole] in the end, but was really on the pace with Charles all the way.”

Vettel pitted a lap before Leclerc and was able to nail his out-lap to jump his younger team-mate for the net race lead, and Rosberg described that as “one of the best laps” Vettel has ever done.

“In the race we have to say yes, the strategy was in his [Vettel’s] advantage, but still that out-lap that he did on those hard tyres was surely one of the best laps he has ever done because it was absolutely epic,” Rosberg explained.

“The computer calculations said that you should only be able to gain about two seconds, and he gained 3.4s on Charles so surely Charles didn’t do the best in-lap either, and Sebastian just did the absolute most epic out-lap the world has ever seen.

“If you do the job there in those crucial moments then you somewhat deserve the race win.”