Home News ‘Hamilton may wish he had yielded to Verstappen’ 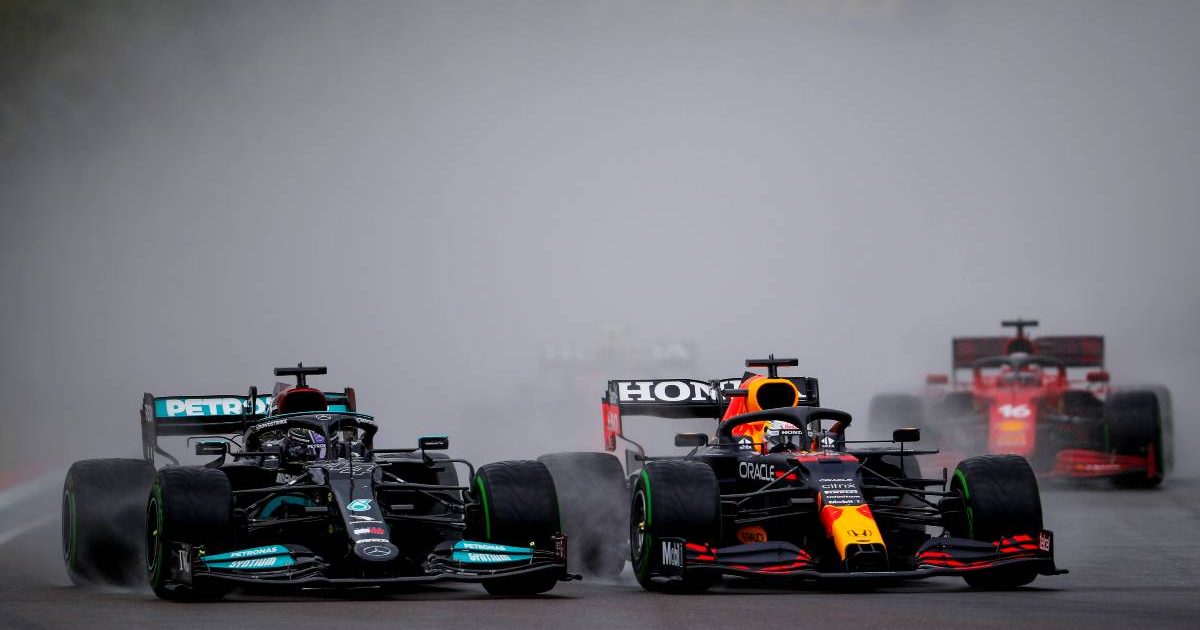 Ross Brawn thinks Lewis Hamilton might have regretted fighting Max Verstappen for the lead into the first chicane of the Emilia Romagna Grand Prix.

Starting from pole position on a wet Imola circuit, the seven-time World Champion found the Red Bull up the inside of his Mercedes going into the first braking zone with Verstappen having got a flyer from P3 on the grid.

Hamilton tried to defend but never looked likely to come out on top and as the two cars banged wheels, the W12 skated over the kerb and lost a front-wing end plate.

Although that would have been expected to affect the Mercedes’ aerodynamics, the Briton fended off Sergio Perez to retain second place immediately afterwards and was closing on Verstappen just before their respective pit-stops for slick tyres.

Ultimately, while running second early in his dry tyre stint, Hamilton ran off the road when lapping George Russell and lost plenty of time while reversing back onto the track from a gravel trap.

He took the restart P9 after a red-flag stoppage caused by a crash between Russell and Valtteri Bottas before fighting his way back up to finish second behind Verstappen. 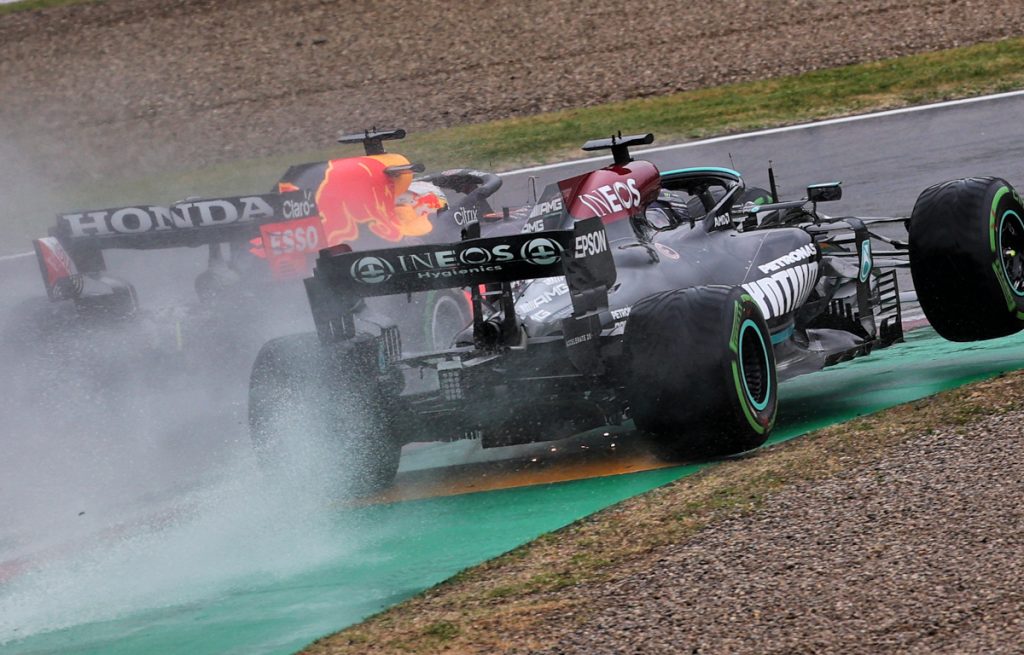 Brawn, F1’s motorsport managing director, feels, however, that Hamilton might look back on the race and think he should have been more cautious going into the Tamburello chicane.

“The fight into the first corner at the start, between Verstappen and Hamilton, was significant and set the tone for the race,” said Brawn during his regular post-race column on the Formula 1 website.

“I believe it was Max’s corner. He had the line, he had the place on the track. Lewis in retrospect may wish he backed out of it, especially considering the conditions.

“He would have been mindful of Sergio Perez as well, who was just behind, in what was a Red Bull pincer movements of sorts – and he was clearly trying to look for space where neither could get to him.

“For Hamilton, it was one of those days that could count for a lot in a tight championship. He made a rare mistake but recovered well and is still leading the title race.”

Although both Hamilton and Verstappen have started the first two races of the season by finishing second to the other, it is the Briton who tops the Drivers’ Championship standings by the one point he gained for setting the fastest lap at Imola.