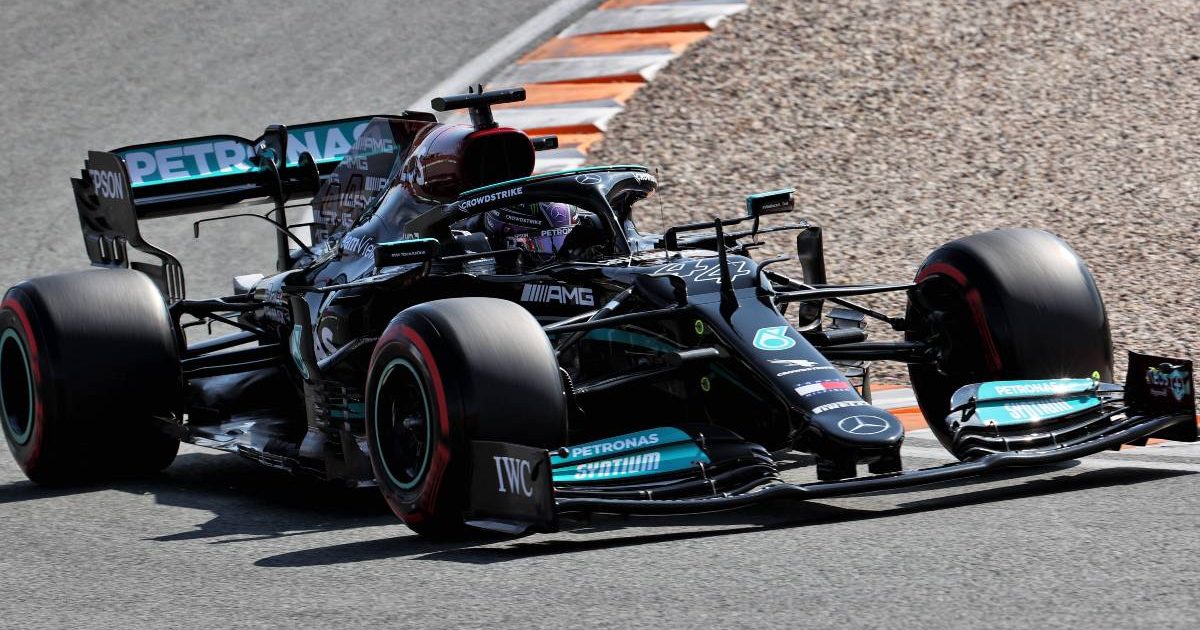 Ross Brawn saw a window for a Lewis Hamilton three-stop strategy at Zandvoort, so is surprised Mercedes did not take it.

Hamilton and Max Verstappen returned to battle over the 2021 title in the Dutch Grand Prix, with Verstappen narrowly securing pole position by a mere o.038s over his rival.

He retained that lead on the short run to Turn 1 at the start, and from there both drivers struggled to gain significant ground on the other.

Despite his best efforts, Hamilton was unable to eliminate the small gap to Verstappen and ultimately with a few laps to go, he accepted defeat and pitted for fresh tyres, going on to secure P2 and a bonus point for setting the fastest lap.

But Brawn thinks Mercedes let Verstappen off the hook – since their pace was so similar, Brawn believes Mercedes could have given Hamilton a real shot at victory by pitting him for a third time, leaving him on much fresher tyres to then rein in his rival.

“While Max looked in control, there were times when you thought Lewis was coming back at him,” wrote F1’s motorsports managing director Brawn in his Dutch GP column.

“And I thought there was a little window 20 laps from the end when Mercedes might pull a pin on a third stop and bolt on the softs. That would have really livened the race up.

“I’m not sure who would have come out on top if that had happened, but 20 laps on the softs would have been substantially quicker than Max on his older hards.

“I’m surprised they didn’t try it given passing on track was challenging – and they had nothing to lose. It would have been difficult for Red Bull to respond because with the gap to Max below two seconds at that stage, Lewis could have potentially made that up with an out-lap on the softs.”

ɴᴏ ᴡᴏʀᴅs 🔥 I’m so happy to win my home Grand Prix and the Orange Army, just incredible 🙌 🧡 It was an amazing team performance, thanks a lot, @redbullracing and @HondaRacingF1 🤘 A day to remember #KeepPushing 🇳🇱 #DutchGP pic.twitter.com/WI1gDEkVUI

Ultimately it was Verstappen though who emerged victorious on home soil, regaining the lead of the Drivers’ Championship in the process.

Of course, the sensational home support he received could easily have become a distraction but instead, Brawn said the 23-year-old dealt with it “magnificently”.

“Max is a pretty chilled character, even with the pressure of fighting for a world title,” Brawn stated.

“We all saw him at the beginning when he was young and learning. Making mistakes but learning. Now he is the complete item.

“He drove a faultless race weekend and I can’t think of anything he did wrong in what for some people would have found very distracting circumstances.

“To have the level of support he enjoyed at Zandvoort with the tension and focus on him can be a distraction, but he handled it magnificently. It was a brilliant performance and he deservedly reclaimed the championship lead.”