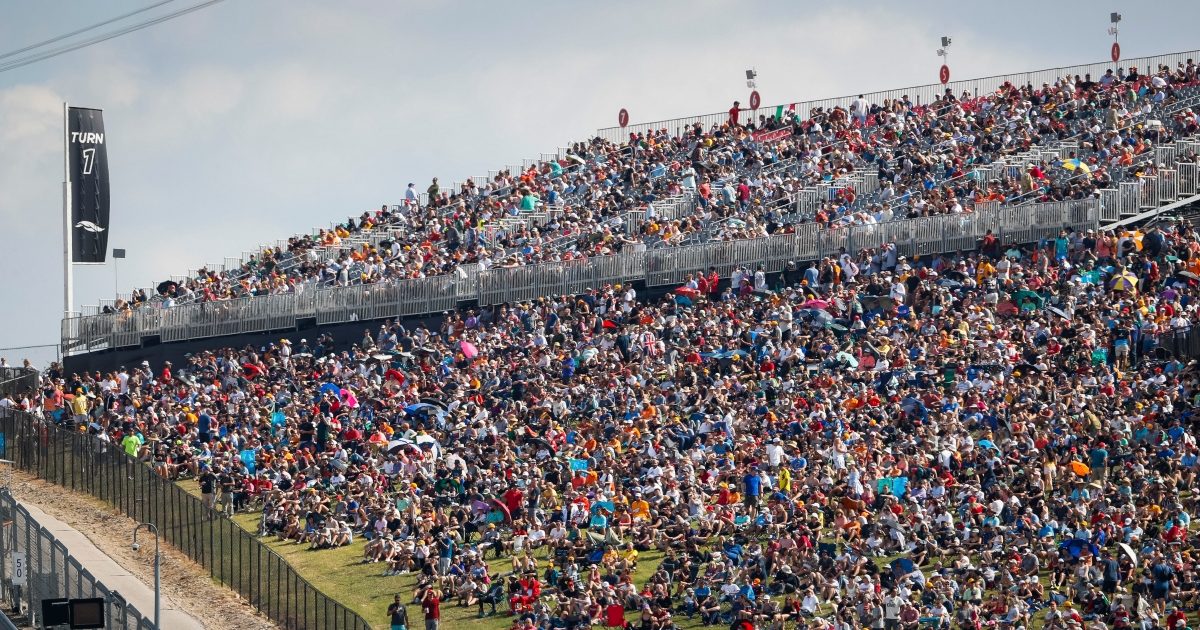 The United States Grand Prix was a huge success this year and Ross Brawn says it showed F1 can “comfortably” have two or more American races on the calendar.

One of Liberty Media’s main goals since taking over the sport has been to make the sport bigger in the US, and the race weekend in Austin suggested they are succeeding.

Around 400,000 fans attended across the three days, creating an electric atmosphere that has seldom been seen before at an F1 event in the nation.

Next year, it will be one of two American races on the calendar, with the Miami Grand Prix going ahead for the first time, while talk is growing of one in Las Vegas being added in the future.

Brawn feels it has now been proven F1 can have so many races there.

“We are seeing a very strong engagement with American fans now,” he said in his column for the official F1 site.

“For years, F1 was a cult hobby in America but we are now seeing a genuine increase in engagement. Fans know the drivers, they know the personalities, they know the nuances of F1.

“It’s very exciting and I think it demonstrates F1 can comfortably have two races in the USA – and maybe more – because of the passion of the fans we’ve experienced this weekend.

“This was a very American weekend and it was all the better for it,” he later added.

“We love races like this. It’s fantastic to be so close to a great city like Austin, and great to see 380,000 fans turn up across the weekend and create a cracking atmosphere.”

The race itself was a thrilling one, with Max Verstappen prevailing in a tense battle with title rival Lewis Hamilton, crossing the line just over a second ahead of him.

Brawn feels both of them were flawless and have been for the majority of the season.

“This was a race to be glued to the screen, studying the gaps and the tyre strategy to see how the race was evolving,” he said.

“It was far from certain until the end who would come out on top. Neither Lewis nor Max put a foot wrong – and that’s the fantastic thing about this championship.

“We’ve got two drivers who are driving immaculately and I don’t think I really saw a mistake from either of them, nothing significant anyway.”

Only one of them could get Brawn’s Driver of the Day award though, and he picked the Dutchman.

“Max edges this because of the pressure he came under from Lewis for an awful lot of the race,” he said.

“He kept in touch with Lewis for the first part after losing the lead at the first corner – and then controlled it from there, looking after his tyres beautifully. To not put a foot wrong in 56 laps was impressive.”