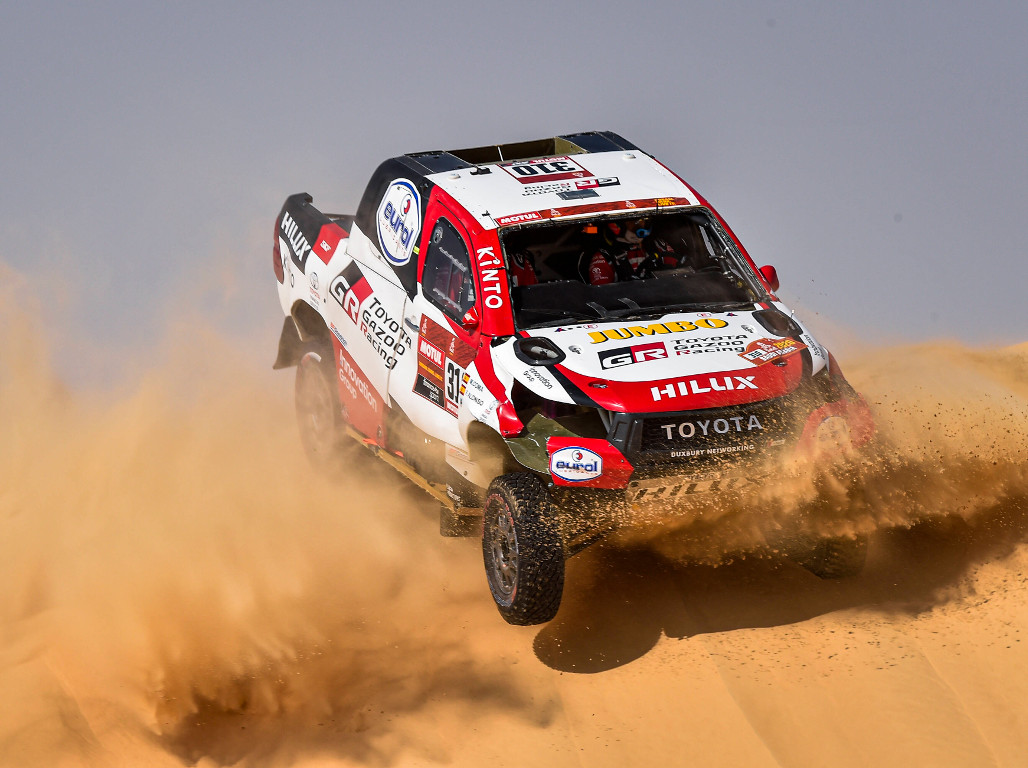 Alexander Rossi admits he was “relieved” Fernando Alonso didn’t win this year’s Dakar as it proves it is not the easy to jump between series.

Double F1 World Champion Alonso spent the better part of 2019 training for the Dakar and adjusting to racing on sand dunes instead of tarmac.

The Spaniard lined up at the 2020 Dakar in a Toyota Hilux and, while he had some good stage results, finished 13th overall.

He was more than five hours adrift of rally winner Carlos Sainz with crashes and rolls hampering his efforts.

The former F1 driver said in an interview with Racer: “I was kind of relieved he didn’t, because it just shows that yes, he is one of the best racing drivers in the world, but that doesn’t mean that you can just go into a category where these guys have been doing it for their entire lives and just show up and beat them.

Rossi has himself tried his hand at rally events, twice competing in the Baja 1000 in Mexico.

This year he rolled his Honda Ridgeline Off-Road truck landing in a ditch on the truck’s roof.

He tried to continue but was forced to retire the Honda.

He added of Alonso: “I wanted to see him do well; I don’t want to see him win it because that would annoy me!

“I’ve done Baja now twice, I haven’t won my class, so it would really annoy me if he went and did his first desert race and won it.”

Alonso’s next challenge will be another crack at the Indy 500 in May as he tries to complete motor racing’s Triple Crown. He will then think about his long-term future, which could include a return to Formula 1 from 2021.