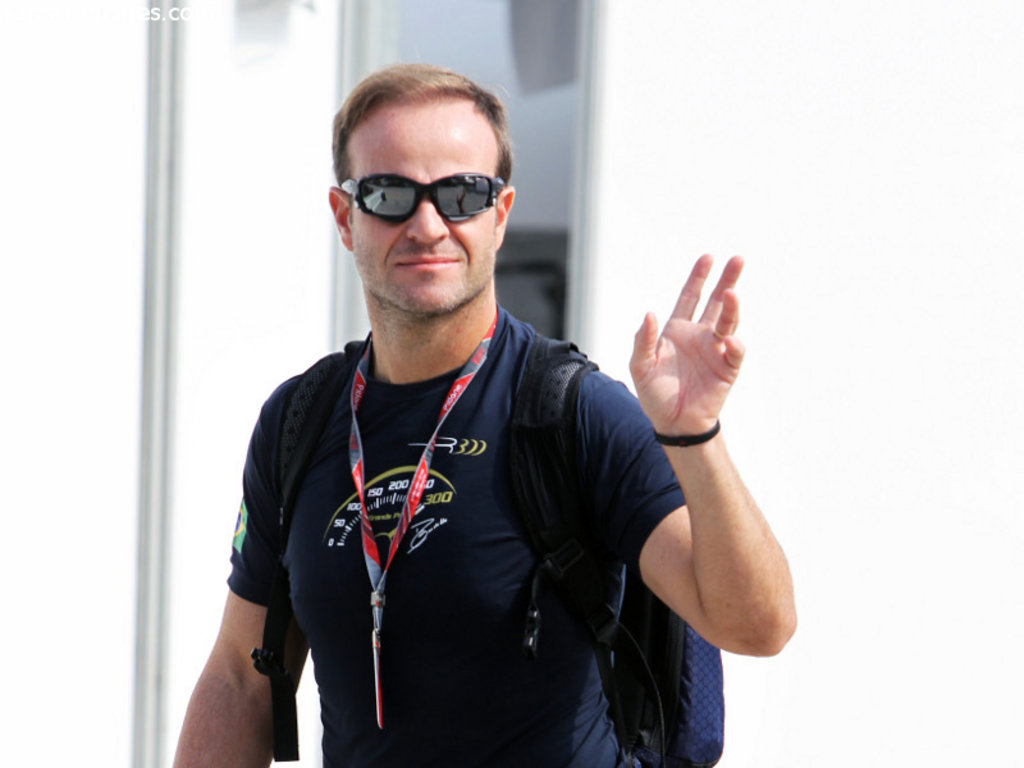 Rubens Barrichello rolled back the years with a dominant victory in the reverse-grid Legends race of The Race’s Esports event.

The Brazilian was one of many big names competing in the Legends Trophy, lining up alongside the likes of Jenson Button, Emerson Fittipaldi, Juan Pablo Montoya and Tonio Liuzzi.

The competition kicked off with a five-lap race around former IndyCar track NOLA, with each driver in a 1970s Brabham F1 car.

Jan Magnussen, the father of current Haas driver Kevin, prevailed, cruising to victory, while former Brawn teammates Barrichello and Button finished next to each other in P8 and P9, behind Montoya who sneaked into the top six.

Button was running as high as P4 before colliding with Emanuel Pirro and dropping down the order. However, this did mean that he and Barrichello had an ideal starting position for the reverse-grid race that followed.

The Brit got caught up in first-corner carnage and ended up down in P13 immediately. Barrichello, however, managed to steer clear of trouble and passed Max Papis to take the lead at Turn 1 at the start of Lap 2.

He then quickly opened up a gap to the rest of the field, being two seconds clear by Lap 3. Behind him, Papis was hit by Pirro and dropped back to P10, just behind Button.

Button continued to benefit from incidents ahead of him to find himself in P6 behind Fittipaldi just before the start of the final lap and showed he still knows how to race with a clean pass on the double F1 World Champion.

Up ahead, Barrichello had opened up his lead to 2.7 seconds over Pirro and crossed the finish line to comfortable take his first Esports win. Button finished in P%, while Montoya and Fittipaldi could only manage P11 and P15 respectively with the letter dropping down from P6 in the final lap.

In The Race’s other major Esports event of the day, the All-Star Cup, containing the likes of Stoffel Vandoorne and Esteban Gutierrez, professional Esports driver Kevin Siggy took the win. Vandoorne finished in P7, Gutierrez in P14, while Mike Epps was the best performing real-life racing driver, taking P6.