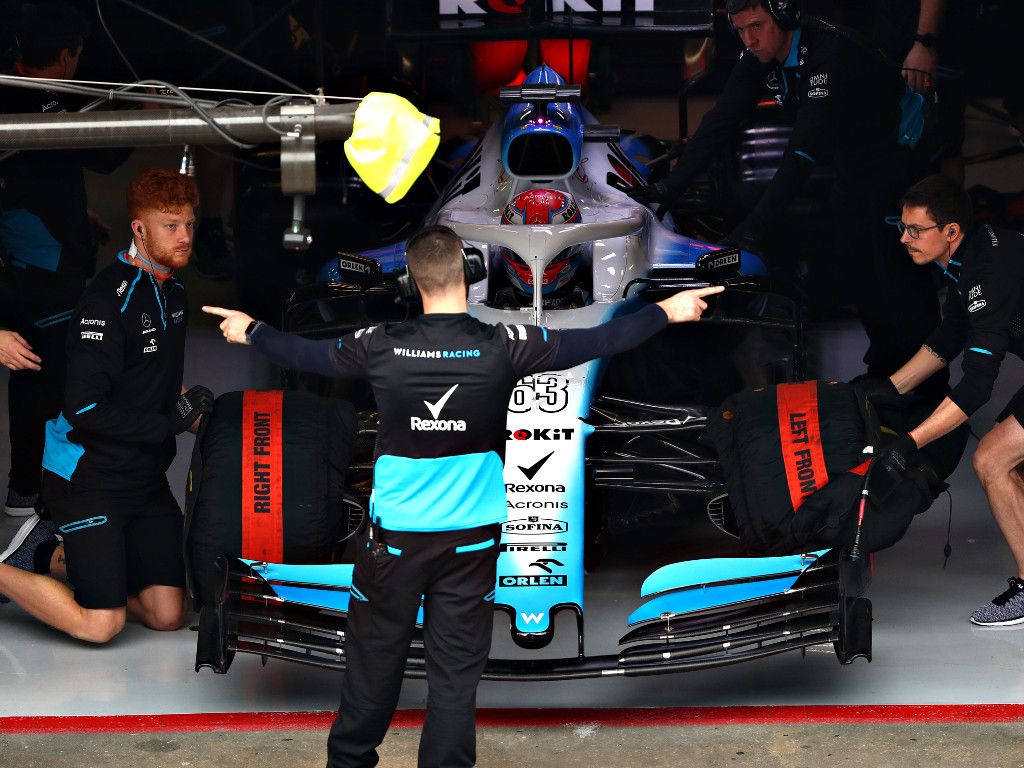 George Russell has said he would be “lying” if he tried to say that Williams were not the slowest team at pre-season testing.

Williams have at least made it three days in a row of recording 100+ laps at the Circuit de Catalunya and Russell finished Thursday as the lap leader with 140 to his name.

But, those 140 laps have been purely to help with a fact-finding mission and their pace is off compared to the rest of the field.

“I’d be lying if I said we were not the slowest at the moment, that is a reality,” said Russell.

“It is clear we have some work to do, but was very positive is that we made a big step from when I jumped into the car definitely on Tuesday, we made a step since Robert [Kubica] was in the car yesterday.

“Hopefully when he jumps in again tomorrow, we will find another step.

“We understand the issues, we recognise that, and we are doing everything we can to rectify it.

“I’m definitely very happy with the number of laps we’ve done but we have not been able to do lap times, we still have a bit to find with them. We were up there but we’ve got work to do.

“We were a big step behind everybody else.”

A successful last day of running for @GeorgeRussell63 ahead of his @F1 debut in Melbourne 🙌#F1Testing #GR63 pic.twitter.com/ia60rtBS0n

Thinking about the bigger picture, Russell is eager to avoid complacency as he tries to build a career in Formula 1.

He added: “I think I need to step back and pinch myself and realise I am in F1 and I will be making my debut.

“But at the end of the day my goal is to be in F1 for many years to come.

“If I step back and relax too much I might be kicked out of the door.

“So my goal at the moment is to work with the team to try and push this car and get everything out of it.”